DECADES of campaigning and fundraising finally came to fruition during the early hours of September 3 when the Great Central Railway’s new bridge over the Midland Main Line at Loughborough was lowered into position.

The £2.5million structure represents the most significant piece of the GCR’s Bridging the Gap project, which will ultimately see the northern and southern portions of the preserved GCR reconnected after a gap of almost 40 years.

The scheme to create an 18-mile heritage line is undoubtedly one of the most ambitious undertaken by a preserved railway, ranking alongside the Bluebell Railway’s extension to East Grinstead and the Ffestiniog Railway’s rebuilding of the Welsh Highland Railway.

Construction of the concrete abutments began in February ahead of the single-span bridge going in. 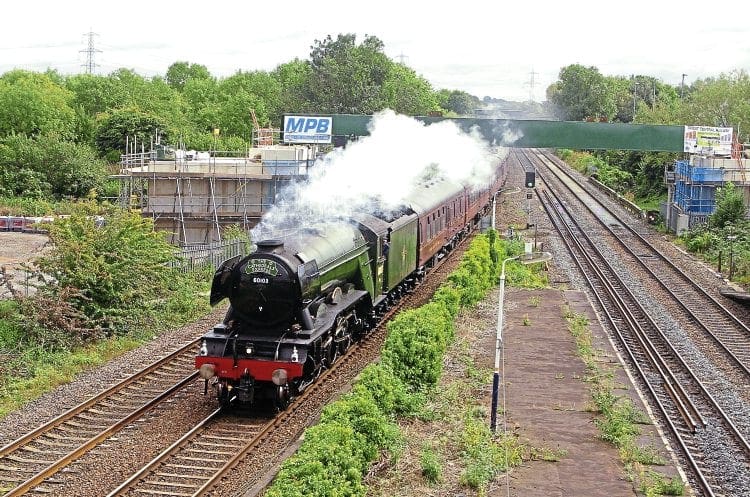 RIGHT: The first main line steam excursion to pass under the newly installed Great Central bridge at Loughborough on September 15 was ‘A3’ No. 60103 Flying Scotsman, working a London Victoria to York charter. In the 1950s, No. 60103 was allocated to Leicester Central, so is more than likely to have crossed over the original GC bridge over the Midland Main Line. JOHN CALTON