More than 5,000 visitors flocked to Barrow Hill Roundhouse to celebrate the depot’s reopening on September 22-24.

Highlight of the weekend was the first double-header of the two Pacifics – the first and latest British steam locomotives to officially reach the magic 100mph mark.

It was also No. 60103’s first visit to Barrow Hill since a 1974 open day and its first appearance on the turntable inside the former Midland Railway roundhouse.

September 21 saw the official reopening of the building, after a £1.4million restoration supported by the Heritage Lottery Fund (HLF).

Sir Peter Luff, chairman of the HLF cut the ribbon before specially invited guests, and the media were given the chance to explore the impressive new entrance and cafe, restored museum shop, offices and new displays of artefacts and archive images. 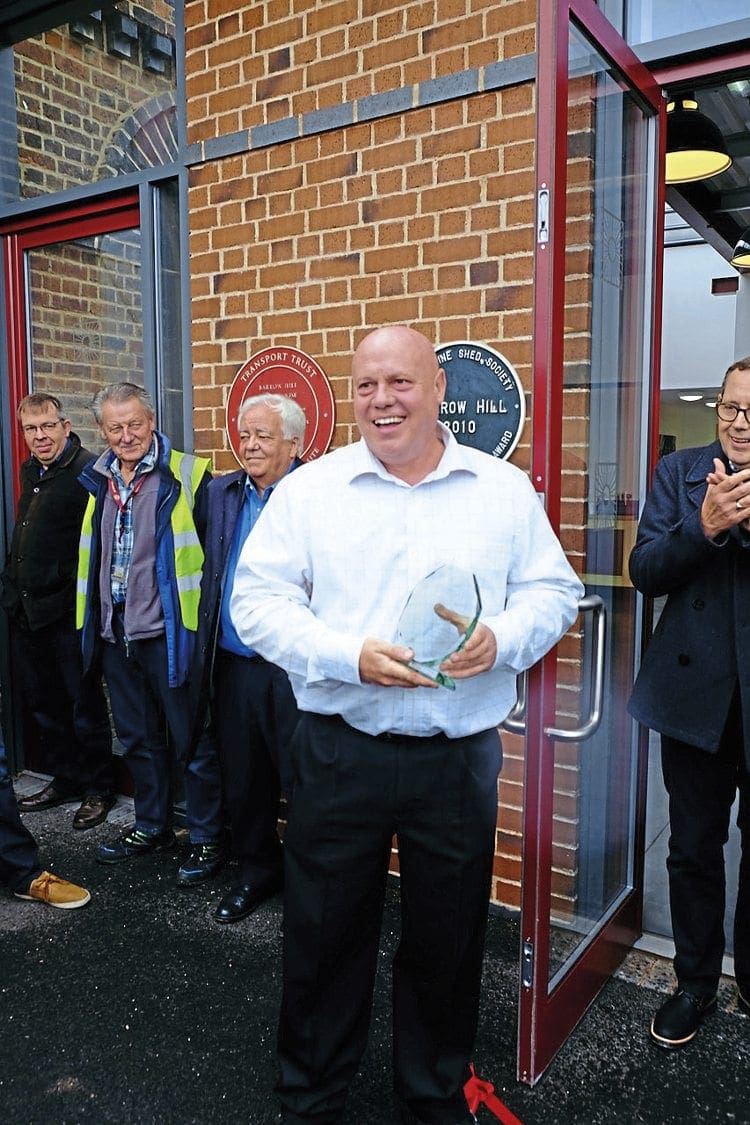 Left: A proud and shocked Mervyn Allcock holds an award from The RM recognising his achievements at the roundhouse spanning nearly three decades. R FALCONER