THE Chasewater Railway held its annual Burton Brewery Locomotives Day on July 9 to showcase some of its many locos – steam and diesel – originating from the local industry. 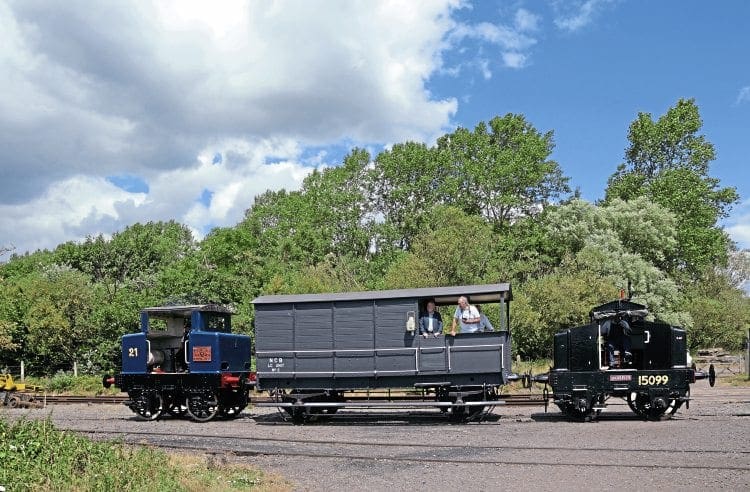 Although in BR black livery with appropriate number, it was never owned by BR or its predecessors, but delivered new to Herbert Morris Ltd, Loughborough.

The two ‘Simplexes’ worked brakevan rides with a short wheelbase GWR ‘Toad’, claimed to be the oldest example of its type in existence. Carrying No. 2, it is finished in NCB Littleton Colliery livery.

Read more News and Features in the September issue of The RM – on sale now!