The seaside resort of Skegness has welcomed a variety of traction on holiday trains in the diesel era. Pip Dunn recalls these popular trains that mainly came from the industrial heartlands during the 1970s and 80s.

FOR a few Saturdays in the high summer, an East Midlands Trains HST leaves Derby and heads 90 miles east to the terminus at Skegness in Lincolnshire. It’s the last remaining throwback to the days when this resort was served by a multitude of additional holidaymaker trains.

Skegness has always been one of the UK’s most popular destinations for holidaymakers who don’t fancy going abroad but want to be by the seaside. It was also one of the few destinations in Lincolnshire which retained its railway after the Beeching cuts that ravaged the county.

While our holidaymaking has changed in recent years because of budget airlines, the Channel Tunnel and more use of the internet, back in the 1960s, ‘70s and ‘80s, ‘Skeggy’ was one of many seaside destinations which was served by the railway with additional trains in the summer, but a skeleton service in the winter.

For rail enthusiasts, the Skegness line had it all – in the summer, of course. Classic steam-age infrastructure, with gated crossings, GNR somersault signals controlled by signalmen in attractive signalboxes, and stations which retained their buildings.

And then there were the trains. These were long rakes of Mk1 coaches, hauled by all manner of traction, with, most notably, the only line in the country that had regular Class 20 passenger-hauled trains for two decades.

Most of the trains started at the industrial heartlands of Yorkshire and the East Midlands, taking the factory workers to the sea for their annual summer break. Some days – such as bank holidays – as many as 10 loco-hauled trains could arrive in the town, and given they carried as many as 500 people, then those arriving – just by train alone – could be in excess of 5,000 punters! 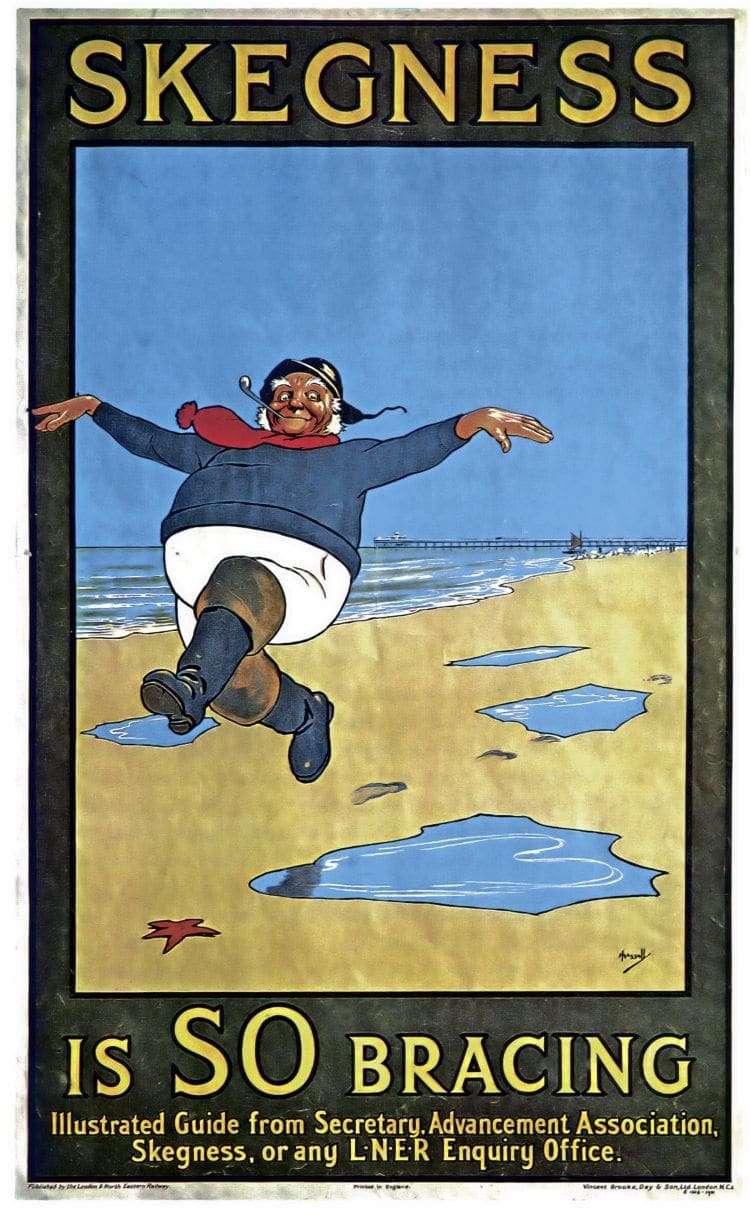 The resort is synonymous with the classic ‘Jolly Fisherman’ poster (right), designed for the GNR by John Hassall in 1908 – the ‘Skegness is so bracing’ tag referring to the cold north-easterly winds that blow off the North Sea.

Read more in the September issue of The RM – on sale now!