NATIONAL US passenger operator Amtrak ordered 130 new sleeper, baggage and restaurant cars from CAF in 2010, in a contract worth $298.1 million.

The order, funded by the US Government as part of economic stimulus following the financial crisis, will allow Amtrak to withdraw a variety of much older vehicles it inherited in 1971 from previous passenger operators. CAF is building all the new coaches at its US plant in Elmira, New York.

The new coaches are all based on the existing Amtrak Viewliner 26 metre long bodyshell design and the order comprises 70 baggage cars, 25 restaurant cars, 25 sleeping cars and 10 combined baggage and staff sleepers. All the new Viewliner II coaches have a maximum speed of 200kph.

Delivery of the baggage cars began in 2015 and they have now replaced many older vehicles – some of which were over 70 years old. 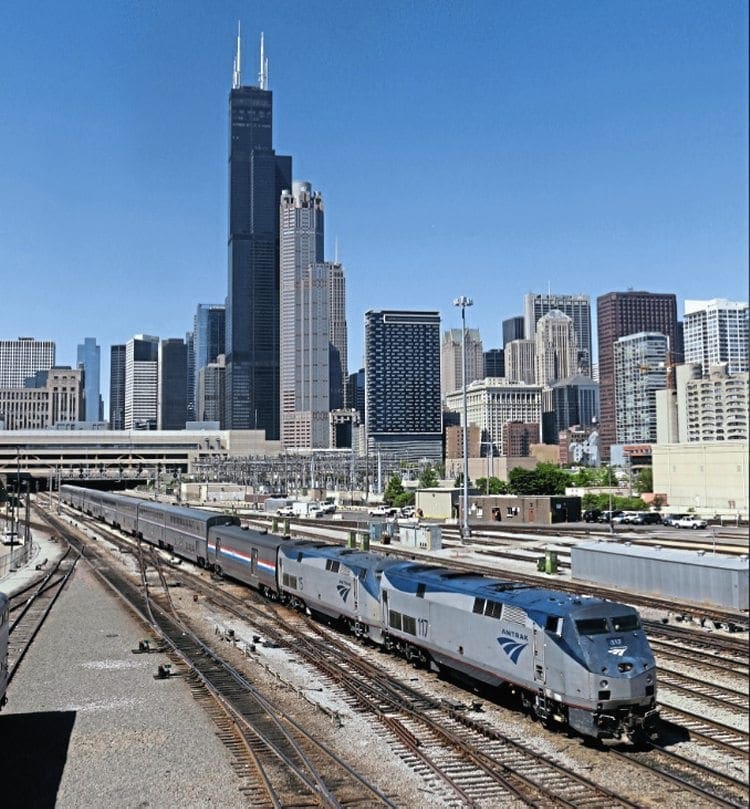 Introduction of the new restaurant cars began in late 2016 with services to Miami and New Orleans from New York the first to receive them, again replacing older coaches built from 1948 onwards.