ThIS photograph of HS4000 Kestrel at Crewe Diesel Depot on the evening of Saturday, June 5, 1971, waiting movement to Cardiff Docks, may be of interest to readers. (RM July).

The bogies, having been converted to 5ft gauge, were in wagons coupled to the locomotive. Mention is made in the feature that Brush Type 4s Nos. D1960 and 1961 benefited from AC generators, which while true, could be misleading as the generators in question, which should strictly be described as alternators, were for the 800 Volt ETH supply and not traction, which was supplied by a conventional DC generator. 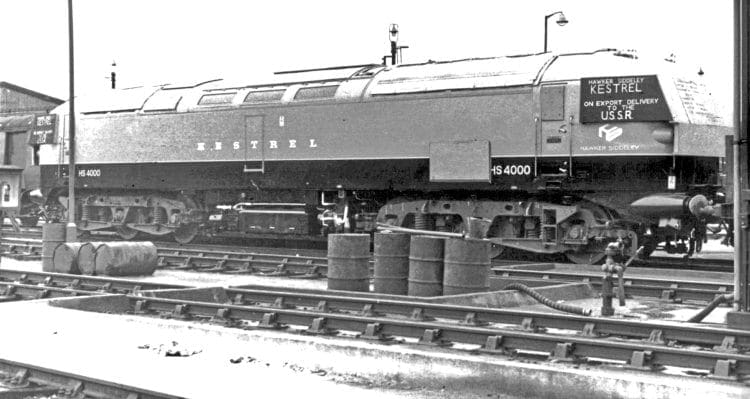 They were in effect, the prototypes for the subsequent conversion of many of the locomotives to be able to provide ETH; what became the 474xx sub-class, with the exception of 47401-20, which were equipped when built, with DC generators for ETH supply.

Read more Letters, Opinion, Comment, News and Features in the August issue of The RM – on sale now!