FORMER England football team manager Graham Taylor had a London Midland Class 350 ‘Desiro’ No. 350377 named after him on June 2 – the unit number chosen to match 1977, the year he joined Watford. 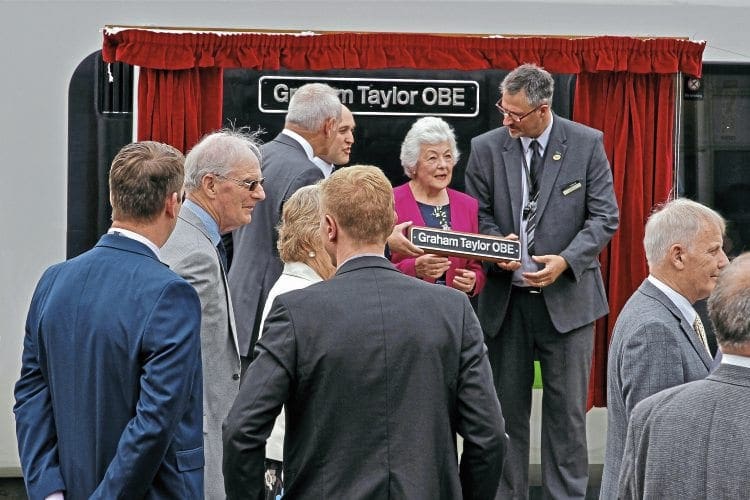 Mr Taylor, who also managed Lincoln City, Watford, Aston Villa, and Wolverhampton Wanderers, died in January and still lived in the Watford area, the club with which he is perhaps most associated. London Midland said the ceremony was “in recognition of a man who made such a lasting mark on the sport across the country”.

The naming was carried out at Watford Junction station with Mr Taylor’s wife Rita attending with club officials and LM managers. It is only the fourth Class 350 London Midland has named.
PICTURE: CHRIS GEORGE