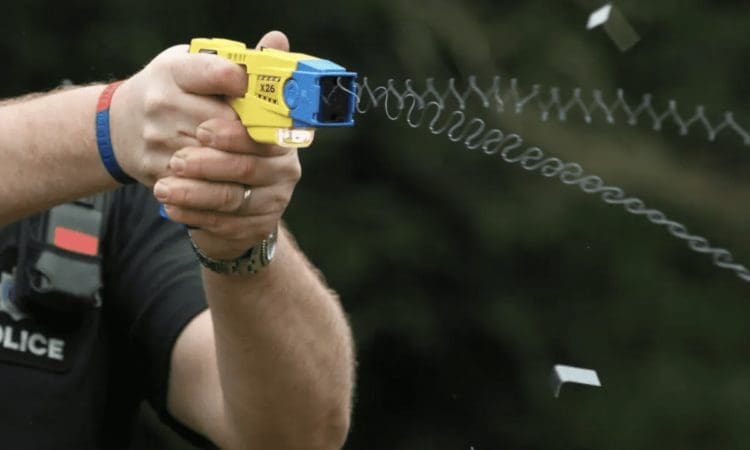 The British Transport Police have become the first force in the UK to arm volunteer officers with Tasers.

It comes after the Home Secretary last week unveiled plans to give special constables powers to use the weapons, which temporarily incapacitate a person by delivering an electric current through two small-barbed darts.

From Friday, some British Transport Police volunteer officers are carrying Tasers while on duty across England and Wales.

The first cohort of 22 have completed a three-day course on using the devices – the same training that regular officers receive.

He said: “Allowing them to carry the device is a positive step both in recognising the skills and competence of our part-time, volunteer officers and further strengthens our commitment to ensuring the railway is a safe environment for passengers and rail workers.

“We regularly deal with incidents a considerable distance from back-up in remote locations, and Taser has a critical place in protecting the public and officers as a less lethal device.”

British Transport Police employ 270 volunteer officers, who are deployed alongside regular officers and have the same powers.

Home Secretary Priti Patel said she was “very proudly pro-police” as she announced the move to equip special constables with the electroshock weapons, if authorised by their chief officers, during a speech at the annual Police Federation conference in Manchester last Tuesday.

Amnesty International UK branded the decision “dangerous” and said it will lead to “more instances of misuse, serious harm and death from Tasers”.