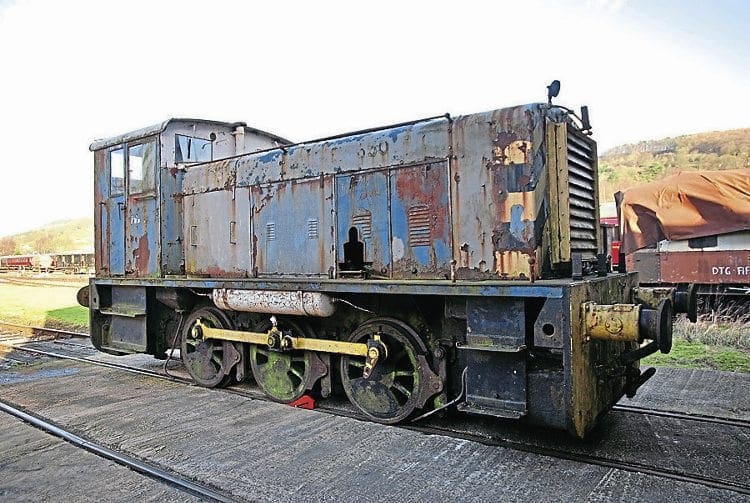 No. PWM650, later No. 97650, passed to Lincoln City Council, the home of builders Ruston & Hornsby, in February 1991. It was later moved into store at the Appleby Frodingham Railway Preservation Society, Scunthorpe, before going to the Lincolnshire Wolds Railway in the mid-1990s.

As can be seen on arrival at Rowsley South the shunter is in much need of care and attention. It is currently kept outside due to lack of shed space, but is now sheeted over.

Ruston & Hornsby 312990 of 1952 will be uncovered for display, in its as-arrived condition, for the HST’s June 3 gala. This is a one-day event as a steam special visits Peak Rail on the Sunday, the main line stock having to be stabled on the approach track to HST’s site during its stop over.

A full two-day shunter event is planned for September 2-3 and a request has been made to Peak Rail for another, one-day gala to compensate for the day lost in June.