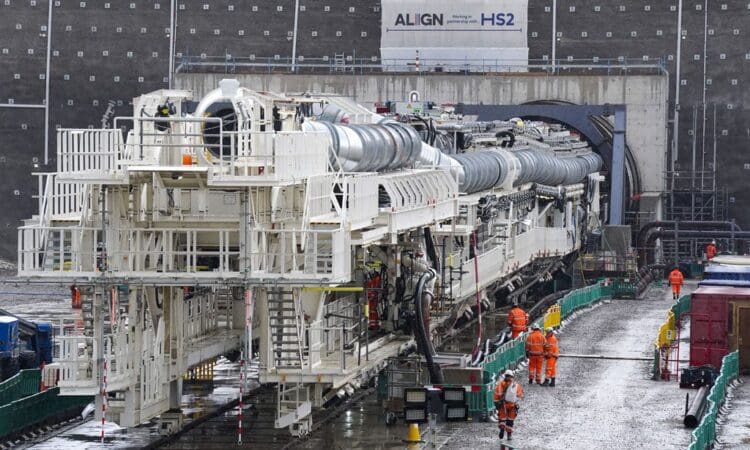 Ministers have been urged by a business organisation to “put an end to any lingering uncertainty” over HS2.

There is growing speculation that plans for the eastern leg between Birmingham and Leeds could be mothballed due to Treasury concerns over costs.

Mr Fell said: “Continued speculation about the future of HS2 – which undermines confidence and investment decisions – is therefore both unwelcome and damaging.

“Government should put an end to any lingering uncertainty by reaffirming its commitment to delivering HS2, on time and in full, as a foundation stone for an equitable and sustainable future UK economy.”

The Government-commissioned Oakervee Review warned in 2018 that the final bill for the entire Y-shaped network of HS2 could reach £106 billion.

Mr Fell continued: “HS2 is a project that levels up – a cornerstone of Government and business ambitions. It’s too important a project to downgrade to HS1.5.

“The HS2 network will connect eight of the nation’s 10 biggest cities, creating jobs, opportunity and prosperity throughout the country.

“Reductions in road emissions and congestion will benefit the environment, and improved transport links can forge new collaborations between businesses, cities and regions.”

The Government will outline its intentions for HS2 in its delayed Integrated Rail Plan, now due to be published in the autumn.

A Department for Transport spokeswoman said: “The Integrated Rail Plan will soon outline exactly how major rail projects, including HS2 phase 2b and other transformational projects such as Northern Powerhouse Rail, will work together to deliver the reliable train services that passengers across the North and Midlands need and deserve.”