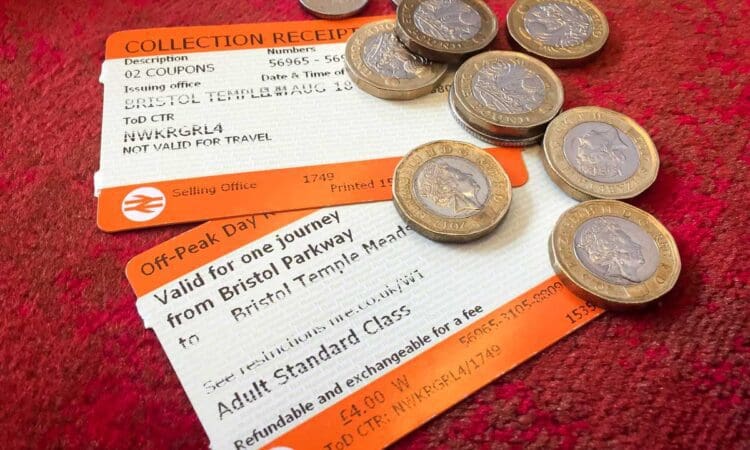 Britain’s train passengers could be hit by the largest fares rise in a decade.

Increases are usually linked to the previous July’s Retail Prices Index (RPI) measure of inflation, which was confirmed as 3.8% for July 2021 by the Office for National Statistics on Wednesday.

No announcement has been made on what will happen to fares next year, but ticket prices in England and Wales rose by an average of around 2.6% in March, representing RPI for July 2020 plus one percentage point.

The Scottish Government imposed smaller rises of 1.6% and 0.6% for peak and off-peak travel respectively.

Demand for trains will fully recover from pandemic – Heaton-Harris

Demand for train travel will return to pre-pandemic levels despite currently lagging behind car use, a minister has insisted.

Department for Transport (DfT) figures show the number of journeys being made by train in Britain is approximately 57% of what it was before the coronavirus crisis, while car use has fully recovered.

Asked if train passenger numbers will return to normal, rail minister Chris Heaton-Harris replied: “I think we will but I don’t think there’ll be the numbers at the same times of day that there used to be.”

Eurostar has announced it is expanding its timetable due to growing demand for cross-Channel travel.

The rail operator will run eight daily return services from September 6 until November 1, with five trains running in each direction between London and Paris.

Three return services will operate on the London-Brussels route, one of which will be extended to Rotterdam and Amsterdam.

Eurostar said it has already added 39 trains to its timetable this month following the Government’s announcement on August 4 that the quarantine requirement for fully vaccinated arrivals from France would be removed.

Two injured in level crossing collision between train and tractor

A crash between a train and a tractor at a level crossing has left two people injured, police said.

The incident happened near March, Cambridgeshire, at around 9.10am on Thursday.

A British Transport Police spokesman said: “The drivers of the train and tractor were checked over by paramedics at the scene for minor injuries. Thankfully no-one has sustained any serious injuries.”

‘Hop on, hop off’ services to return to the Severn Valley Railway

The Severn Valley Railway (SVR) will welcome back ‘hop on, hop off’ passengers to all regular services from September 7.

Passengers at the SVR’s forthcoming Autumn Steam and Diesel Galas will also now be able to choose their itineraries, rather than travelling on designated trains as previously planned.

Since the SVR reopened in August 2020 after the first lockdown, the railway has been running fixed excursion services. Passengers have previously had exclusive use of a private compartment for the whole of their visit.

Network Rail is upgrading the track in Hensall over the August Bank Holiday weekend to bring smoother journeys for passengers travelling to North Yorkshire.

Work will begin on August 27, and continue throughout the Bank Holiday weekend until September 1. The line will be closed with buses replacing Northern trains between Goole and Knottingley for the duration of the closure.

Network Rail will lift and replace almost 2km of track between Whitley Bridge and Snaith, near Drax Power Station in North Yorkshire to improve reliability and reduce the amount of maintenance work needed in the future. The ballast – stones which support the track – and the sleepers will also be replaced.

Our transport network has never been cleaner. Since September, Imperial College London has run monthly tests for coronavirus on the transport network and found no trace. You can read their recently published report.

You must continue to wear a face covering over your nose and mouth at all times when on the transport network, unless exempt. The overwhelming majority of people are complying with this requirement, and the British Transport Police, the Metropolitan Police and our own officers are on the network to check compliance. Fines of up to £6,400 exist for anyone who does not comply.

Please also wash or sanitise hands before and after travel.

London Trams: From Monday 16 until Friday 27 August, no service between Wandle Park and East Croydon due to planned engineering works. Replacement buses will operate.

Metros around the country

England has now moved to the next step of the Government’s Roadmap out of Lockdown. The main change from Monday 29 March is that ‘Stay at home’ regulations have been lifted. Further details can be found on the Government’s COVID-19 Response – Spring 2021 page.

Following the latest government announcement, we want to reassure customers that still need to travel with us during lockdown that we will be operating a full service during this time.

There are no incidents reported.

Stagecoach Supertram, SYPTE and Tramlines have issued travel advice for visitors to the Tramlines festival taking place this weekend (Friday 23 to Sunday 25 July).

A normal tram service is planned to continue to run throughout the day on Friday, Saturday and Sunday in the area so people can travel to the venue and others can make their journeys as normal.

However, a joint decision has been made between Supertram, SYPTE and Tramlines not to run evening trams in the area of the festival on Friday, Saturday and Sunday evening. All services will terminate at Shalesmoor from around 9 pm on Friday and Saturday and 8 pm on Sunday. This is because Supertram has reduced staff resource at the current time, primarily due to a surge in employees being contacted with a self-isolation instruction through the NHS Test and Trace system.

The first tram and last tram will run at their usual time, but customers should expect trams to operate every 15 minutes during the day with this being kept under constant review.

The Subway is running as normal.