ANDY Sparks is no ordinary railway photographer, and this is not your average railway book filled with front three-quarter views of trains going around curves. 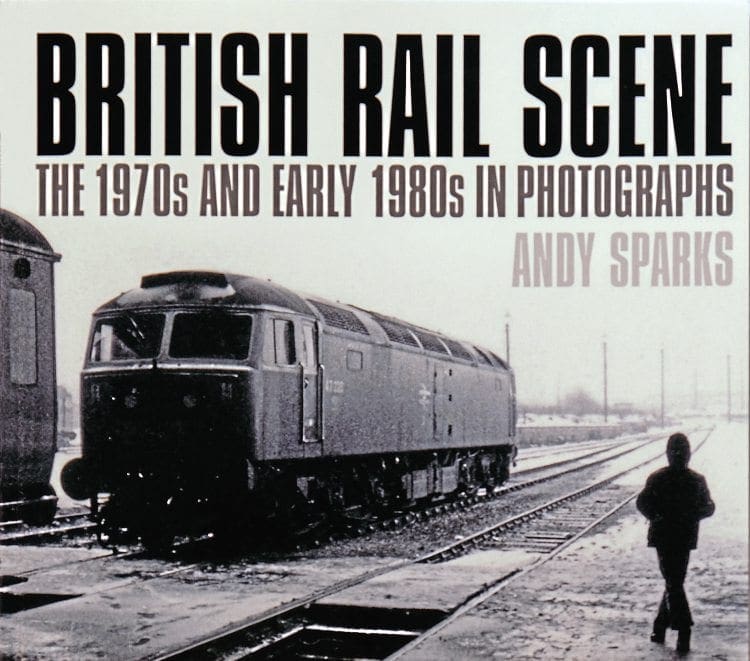 Blessed with a good eye for composition and a gift for bringing out the human aspect of the 1970s and 1980s railway, the author has compiled another volume of his superb monochrome images from this sadly neglected period in British Rail’s history.

Andy’s two previous books – British Rail Northern Scene and Coast to Coast – are two of my favourite railway books of the last decade, and this latest book delivers another batch of gritty, nostalgic and atmospheric images to savour.

Inspired by the 1960s work of Colin Gifford, the teenage Andy Sparks took thousands of photographs of a decaying railway, slowly shedding its steam age infrastructure – especially in the north of England.

Chapter headings give some clues about the different style and content
of this book: ‘Ready to Depart’, ‘The Enthusiast’, ‘Signs’, ‘Wagons’ and ‘End of the Line’, although I must admit that ‘Signs’ was my favourite chapter, highlighting forgotten aspects of the railway, and prompting a serious bout of nostalgia in this 40-something reviewer.

But, as ever, it’s the photographs featuring people that really stand out, particularly the shot of a young enthusiast perched on the concrete bufferstop at Doncaster in 1979, complete with sports bag and
furry-hooded parka.

Detailed captions are also provided for every image, adding further background information and period colour to put the images in context. Perhaps it’s my age and similar northern background, but I found myself returning to this book over and over again, poring over the photos and finding something new each time.

Definitely one to add to the collection if you’re interested in the less glamorous side of the British Rail diesel era.

Read more Reviews, Letters, Opinion, News and Features in the May issue of The RM – on sale now!