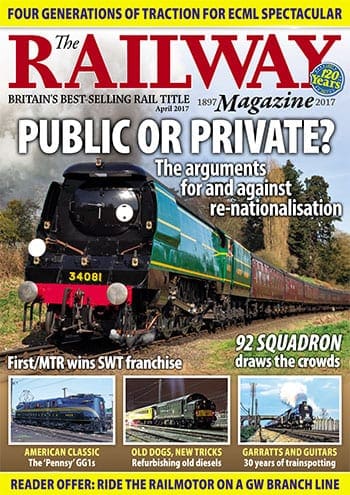 News from the train- and freight-operating companies.

Subscribe today to receive your monthly copies of
The Railway Magazine and save more than 22%.

Railway society meetings near you – all the details.

Details of when heritage railways and centres are open.

MAIN IMAGE:
Air-smoothed ‘Battle of Britain’ 4-6-2 No. 34081 92 Squadron returned to steam in December and was one of the star guests at the Severn Valley Railway’s Spring Gala on March 17-19. BOB GREEN

Inset 1: One of the Pennsylvania Railroad’s legendary ‘GG-1s’.