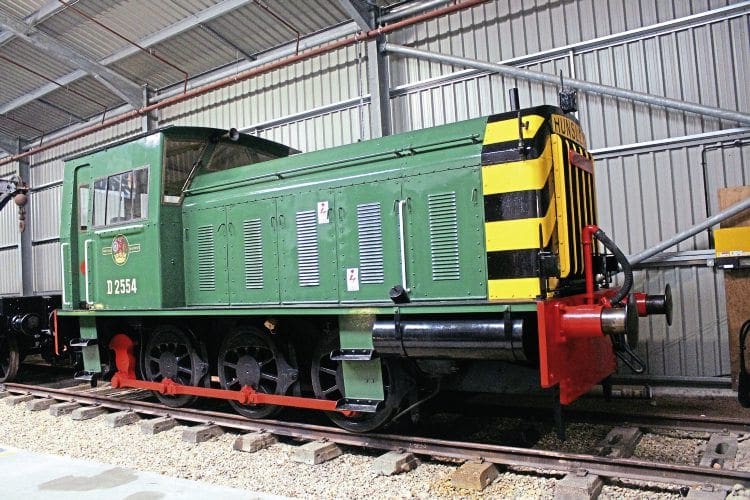 It has recently been overhauled and repainted and is available for use within station limits at Havenstreet for special events, usually with a pair of brakevans. It worked as such for a railtour charter on April 23, 2016 but its most notable appearance was at the September 30-October 2 diesel gala (RM November, p85 and 87), when it headed two brakevans from a temporary platform in front of the carriage and wagon shops, named Goosefield East, through to the stop blocks at the end of Griffin’s Headshunt.

There were 87 shuttles over the three days, carrying 704 passengers, which was more than travelled on the main passenger trains.

When not in use, Nuclear Fred, originally a nickname bestowed upon it in BR days, is displayed in the Train Story exhibition hall, as seen on January 1. Picture: PETER NICHOLSON