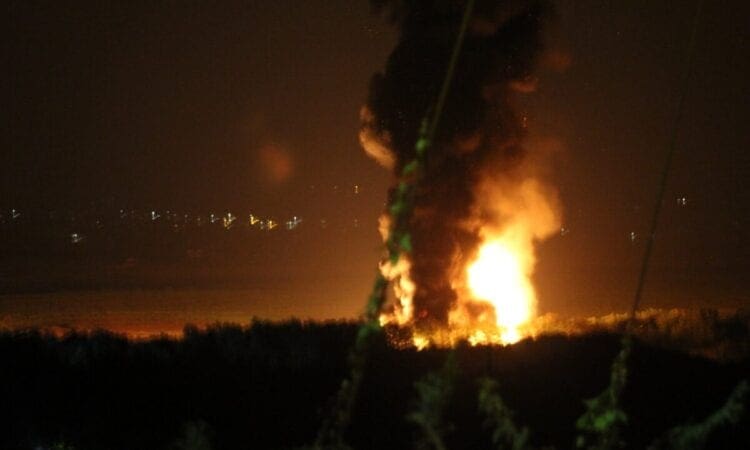 This week we find out why Crossrail is being delayed again, and at a potential cost of an extra £450m. Plus, another derailment hits UK railway lines, as a Llangennech diesel train bursts into flames in South Wales.

A freight train carrying diesel has derailed and burst into flames in Llangennech, South Wales.

British Transport Police were called to the scene at 11.29pm on Wednesday 26 August. Police said it had been declared a “major incident” due to the “initial risk of harm” to people nearby, and a cordon was put in place. Click here for more details.

London’s Crossrail project has been delayed until the first half of 2022, and may need £450m extra to complete, its board has said.

The delivery of the Elizabeth Line is now in its complex final stages and being completed at a time of great uncertainty due to the risks and potential impacts of further COVID-19 outbreaks.

The Crossrail board’s latest update expects the central section between Paddington and Abbey Wood will be ready to open “in the first half of 2022”. As work on the railway progresses, this date could be brought forward subject to progress during the intensive operational testing phase. Click here for more details.

The Welshpool & Llanfair Light Railway will return to operating trains over its full length in September, following a successful reopening during August.

The major mid-Wales tourist attraction resumed services on August 1, five months later than its originally scheduled start of the 2020 season in April.

Services were running over half of the eight-mile line between Llanfair Caereinion and Castle Caereinion. These services will continue on five days a week through September, and the line will add special trains all the way to its Welshpool Raven Square terminus on Wednesdays and Saturdays starting on September 9. Click here for more details.

After COVID-19 forced the cancellation of Pride events across the country, which Avanti West Coast had planned to support, the intercity rail operator has completely wrapped one of its iconic Pendolinos with the progressive Pride flag.

The train operator has adopted the most recent iteration of the Pride flag which sees the addition of the colours black, brown, light blue, pink and white to bring people of colour, transgender people and those living with or who have been lost to HIV/AIDS to the forefront – highlighting Avanti West Coast’s progressive commitment to diversity and inclusion. Click here for more details.

Driver Brett McCullough, 45, conductor Donald Dinnie, 58, and passenger Christopher Stuchbury, 62, died when the 6.38am Aberdeen to Glasgow Queen Street train crashed into a landslide across the tracks near Stonehaven, Aberdeenshire, on August 12 following heavy rain.

Dame Julia Slingo FRS, former chief scientist at the Met Office and a world-renowned expert in climatology, will lead a weather action task force with the objective of better equipping Network Rail to understand the risk of rainfall to its infrastructure, drawing on the latest scientific developments in monitoring, real-time observations and weather forecasting. Click here for more details.

When using public transport there are a few things we ask you to keep in mind: