THE picturesque single-track through route that meandered south-west from Limerick to Tralee from 1880 until 1975 is still considered a loss to the Republic of Ireland’s railway network more than 40 years after it ceased to be. 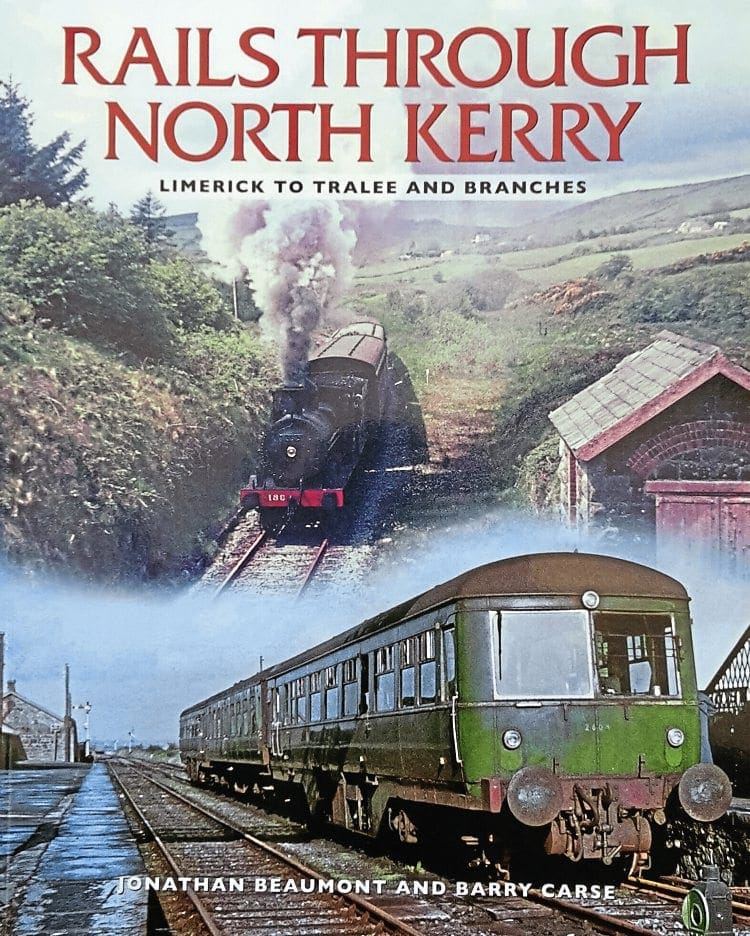 Known by railwaymen as the ‘North Kerry’ line, even though more of the route actually lay in Co Limerick than Co Kerry, the line ran through some of the spectacular scenery that this corner or Ireland is well-known for.

Branches from the main line served destinations such as Foynes, Fenit and Castleisland, with a new one serving the cement factory at Castlemungret, near Limerick, opening as late as 1957.

Like many lines in such sparsely populated areas, it was freight that provided the life-blood for the ‘North Kerry’ for much of its existence. The line carried oil, shale and sugar beet traffic as well as the cement workings, with freight outlasting passenger services by around 12 years.

This book is a pictorial tribute of the ‘North Kerry’, largely featuring the photography of Barry Carse, taken during the final years of the route in the early 1970s. Each chapter follows a section of the line working towards Tralee from Limerick, with the branches also getting chapters of their own. It concludes with recollections of the weed-spraying trains and also a look at the post-closure scene; large sections of the line now serve as the Great Southern Trail ‘greenway’.

Photography is lavish and predominantly in colour, with three images generally being provided on each double-page spread, together with highly detailed captions.

The photos themselves are of a high quality (plenty of Metro-Vick ‘A’ and ‘C’ classes), and superbly reproduced; each scene seemingly offers a railway modeller’s delight!

Overall, it’s another fine addition to Colourpoint’s growing back catalogue and anyone who enjoyed Messrs Beaumont and Carse’s previous volume, Rails Through The West, will undoubtedly enjoy this book too.