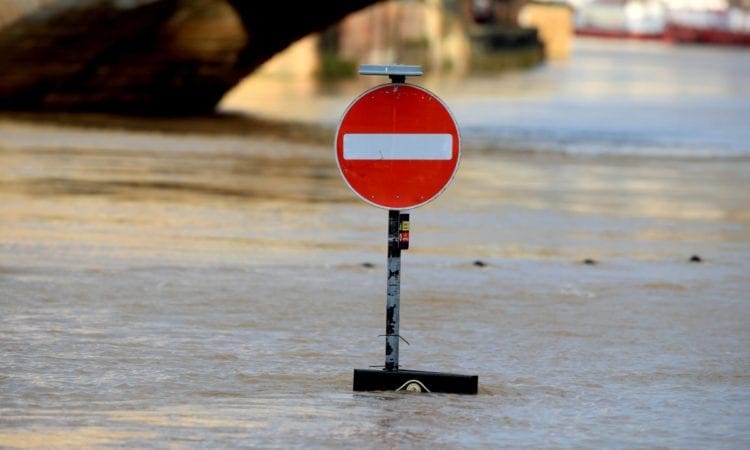 Parts of the UK continue to brace for blizzards and up to 20cm of snow in the wake of Storm Ciara, with travel disruptions set to continue.

Trains, flights and ferries all saw cancellations and delays on Sunday, while drivers faced treacherous conditions with floodwater, fallen trees and other debris closing roads.

Some areas saw a month and a half’s rainfall in just 24 hours and gusts of more than 90mph swept across the country on Sunday.

Meanwhile, 178 flood warnings in place across the country.

Train passengers are being advised to check with operators before travelling as there are likely to be some cancellations to early trains as Network Rail engineers work through the night to assess the damage.

There are already numerous reports of rail disruption, including trains on the TransPennine Express between Preston and Edinburgh being suspended due to flooding at Carlisle.

A Met Office amber weather warning for wind, which had been in place across most of England, elapsed at 9pm on Sunday as Storm Ciara moved away to the north-east of Scotland.

But a yellow warning for wind remained in force for the whole UK until midnight, with strong winds, heavy showers, snow and ice expected on Monday.

A yellow warning for wind in the south is in place between 10am and 5pm on Monday.

“We have got colder air coming through the UK and will be feeling a real drop in temperatures, with an increased risk of snow in northern parts of the UK and likely in Scotland.

“There could be up to 20cm on Monday and Tuesday and with strong winds, blizzards aren’t out of the question.”

Flood warnings were issued across England on Sunday, with the town of Appleby-in-Westmorland, in Cumbria, severely hit.

The River Irwell burst its banks at Radcliffe, Greater Manchester, while areas including Blackpool, Whalley, Longton and Rossendale, were affected by flooding in Lancashire.

The fastest gusts of 97 miles per hour were recorded on the Isle of Wight on Sunday, with 93 miles per hour winds hitting Aberdaron, a village at the tip of the Llyn Peninsula.

Some 539,000 people also experienced a power cut on Sunday with 118,000 left without power by 4pm across the whole of the UK, according to Energy Networks.

As of 5am on Monday, UK Power Networks reported more than 18,500 properties across the east and southeast of England were still without power while Western Power Distribution said more than 2,800 homes were in the dark.