ALMOST 30 years ago, author Michael Rhodes published a book entitled The Illustrated History of British Marshalling Yards, which was deservedly hailed as the definitive work on the subject. 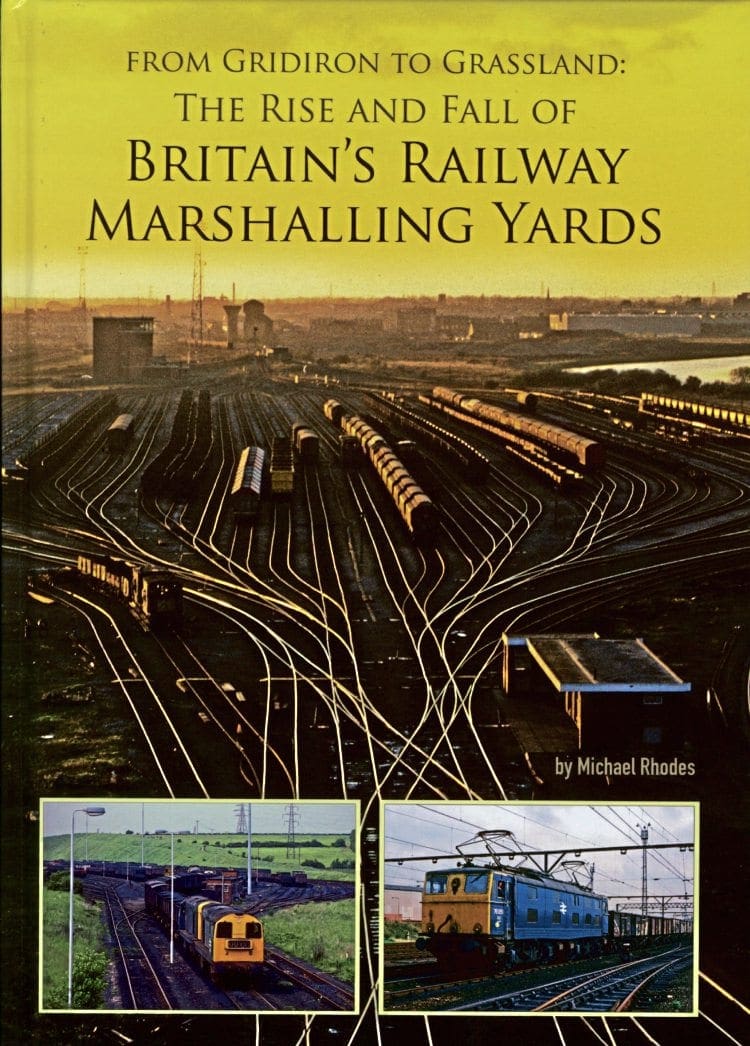 In 2013, The Railway Magazine commissioned an update from him in the form of a series of articles, and during the preparation of that it became clear that a great deal of additional information had become available in the intervening years – so much so that it was decided to produce a completely new book rather than a revised edition.

Not only does this new volume cover the subject in greater depth, but it details a larger number of yards, including a few the author had not previously been aware of and which came to light following The RM articles.

The result is a 288-page magnum opus containing 500 photographs, 50 plans and 80,000 words covering all the major yards with basic information provided in list form for many of the smaller ones. The new material includes excerpts from official reports prepared by the British Transport Commission and British Railways Board in the 1950s and ’60s, along with a chapter explaining the different forms of automatic yard operating systems deployed throughout the world over the years.

Each large yard is given a number of pages to itself with a historical overview, track diagram, photos and, where possible, an example of traffic schedules.

The order of the chapters might at first seem somewhat illogical, with the 1955 BR Modernisation Plan being dealt with before the 1880-1955 period, but this enables the yards themselves to be covered in uninterrupted fashion from chapter 4 onwards. There is in any case a good index, which contains the names of most of the locations, together with other useful references.

The only way to fully appreciate a large marshalling yard visually is from the air, and in this regard there are some wonderful aerial views – those of Colwick, March, Toton, Doncaster, Hull, York, Tyne, Tees, Peterborough and Liverpool Edge Hill being particularly breathtaking.

A large number of the photos are in colour, but a few yards have stubbornly remained in the shadows when it comes to photography and the author makes an appeal for pictures of hump shunting at Chaddesden, Worksop Up sidings and the South Welsh yard of Jersey Marine.

It should be noted that chapters 3 and 8 are exclusively illustrated by photos of overseas subjects, despite the title of the book, and there are almost 60 foreign photos in total, but this does not detract from the enjoyment or usefulness of the work; on the contrary, the global perspective offered at the end puts Great Britain’s freight policies into stark contrast with those of many other countries, particularly Germany, Austria, China and the USA.

While the UK closed its last hump yard in 1990, Germany has recently opened a new one, the Americans have been massively expanding some of theirs… and the Chinese are still constructing new ones at the rate of about one a year!

This book is an excellent example of thorough research by a committed author/photographer, who has travelled the world in pursuit of completeness.