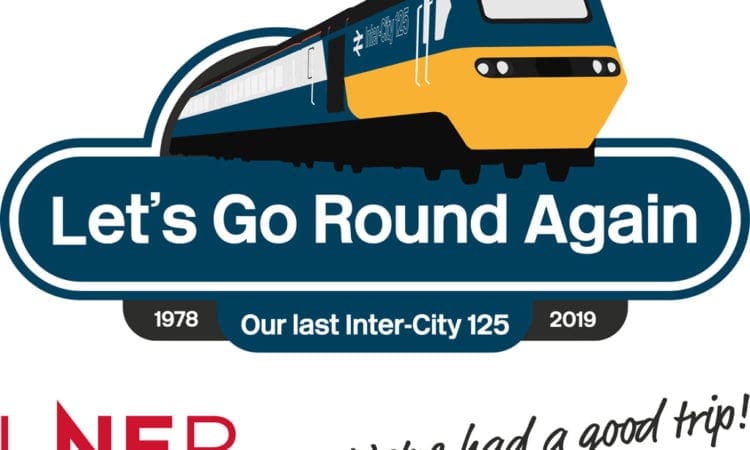 LNER will celebrate more than four decades of service from the iconic Inter-City 125 trains on the East Coast route with a special farewell tour this month.

LNER will mark the retirement of the HSTs by operating a four-day special service taking in the majority of destinations along the LNER route.

To make the farewell tour extra special for those onboard and people keen to see the HST make the final journey along the East Coast route, the train will be painted in the original British Rail InterCity 125 livery.

Money raised from the tour will go towards LNER partner charity, Campaign Against Living Miserably (CALM). The charity works to prevent male suicide and has already benefitted from more than £100,000 in donations from LNER customers donating ‘Delay Repay’ claims to help the campaign.

David Horne, Managing Director of LNER, said: “This is a once in a lifetime opportunity for us to express our appreciation for the decades of service from the iconic Inter-City 125 on the East Coast route. We recognise the huge transformation these trains gave to rail travel when they were introduced in the 1970s, and want to show our appreciation by taking them around the route one last time.

“We’re particularly delighted that on its last service with LNER, we will take the HST on a route it’s not done with us before, from Aberdeen across to Inverness.

“Our HST farewell tour gives our customers and communities the opportunity to see the train in its original lively after serving the country so well over the years before being replaced by our new world-class Azuma trains.

“I’m also delighted we are able to partner with the Campaign Against Living Miserably charity to help us build on the £100,000 already raised by working together and giving the proceeds of this farewell tour to CALM.”

The tour will begin on Wednesday 18 December when the Intercity 125 HST will travel from Edinburgh to Aberdeen, and then as a special treat for those on board the train will take a special route on to Inverness. The second day will see the farewell service depart Inverness for Edinburgh with day three covering Edinburgh, Newcastle, York and Leeds before a final stretch on day four stopping all stations from Leeds to London King’s Cross.

Tickets will be available from UK Rail Tours and will include free travel with LNER on any of its services either to reach the departure station or to return home.

The schedule has been designed to give as many people the opportunity to catch a glimpse of the specially liveried Intercity 125 using power cars 43206 and 43312 as part of the final journey along the East Coast.

LNER’s farewell tour will follow the last day of High Speed Trains in passenger service for LNER with the final service on Sunday 15 December. This is likely to be the 19:35 London King’s Cross to Leeds service with the 17:05 Harrogate to London King’s Cross forming the last southbound service.