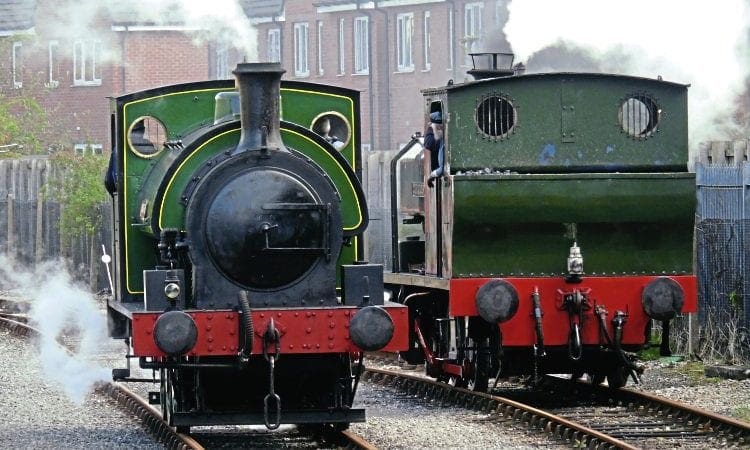 A SHORT-notice agreement to bring the Middleton Railway’s roving Hunslet Brookes No. 1 (2387/1941) to the Ribble Steam Railway (RSR) for its Autumn Steam Gala helped ensure a good turnout for the end-of-season event.

The former Brookes Chemicals Ltd 14in-cylindered 0-6-0ST had recently come to the end of a period of hire at the Pontypool & Blaenavon Railway (P&BR) after starring in the South Wales line’s own gala, and arrangements were made for the loco to divert via Preston on its way home from Blaenavon to Leeds.

Brookes No. 1 has proven to be a popular locomotive with both volunteers and visitors during its visits to the Foxfield Railway and P&BR this year, and it proved to be a hit in Preston, too.

It stayed on the railway until October 11, although there were those among the crews who would have liked it to stay longer.

Unfortunately, the weather over the weekend was not especially favourable, but the presence of ‘Brookes’ and three other members of the home fleet in steam brought out the public regardless of the rain.

Between them the four locomotives handled all passenger services over the two days, working individually or double-headed, and often top-and-tailed between Preston Riverside and Strand Road.

“Brookes No. 1 is a very nice loco; many thanks to the people at the Middleton Railway for arranging its visit very quickly and at short notice.”

Read more News and Features in the November 2019 issue of The Railway Magazine –on sale now!