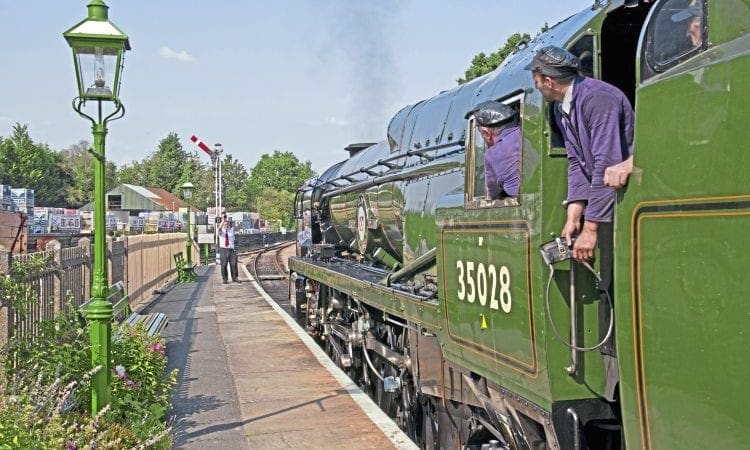 BULLEID ‘Merchant Navy’ Pacific No. 35028 Clan Line made a surprise appearance on Bluebell Railway services on August 27 during a break from its busy main line schedule.

The locomotive arrived at Sheffield Park two days previously in order to use the railway’s wheel drop to conduct a precautionary inspection and maintenance of the front bogie.

This was a result of a bogie derailment at Stewarts Lane on August 16 after No. 35025 suffered a wheel lock on greasy rail and slid into the depot’s protection de-railers.

Unfortunately, the front sanders were damaged and the guard irons bent beyond repair, but a replacement pair was manufactured at short notice by Stephenson Engineering, and subsequently fitted.

An Ultrasonic Axle Testing was carried out on the Monday after the incident, which thankfully revealed no problems.