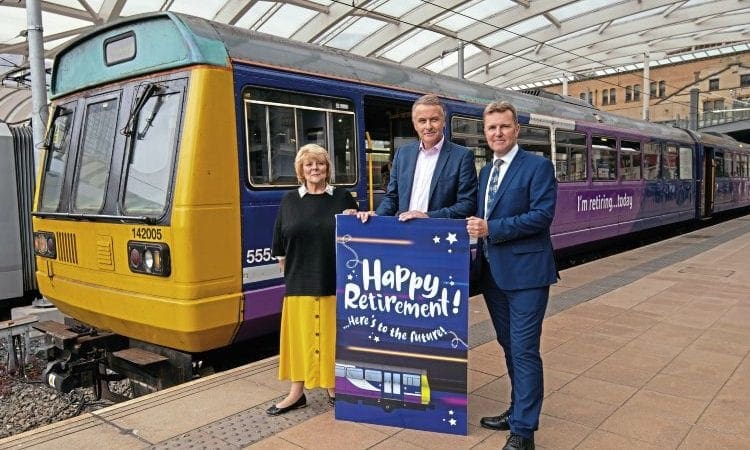 NORTHERN has withdrawn the first its Class 142 ‘Pacer’ units – 11 months later than planned.

The first was scheduled for retirement in September 2018, but late delivery and acceptance of replacement units gave the ‘Pacers’ a stay of execution.

Unit No. 142005 was ‘retired’ on August 12, with Northern holding a ceremony at Manchester Victoria to mark the beginning of the end for the class.

The set was introduced on February 20, 1987, and has in its 32-year life travelled three million miles. Northern added special ‘I am retiring today’ vinyls to the side of the set before it set off on services to Stalybridge.