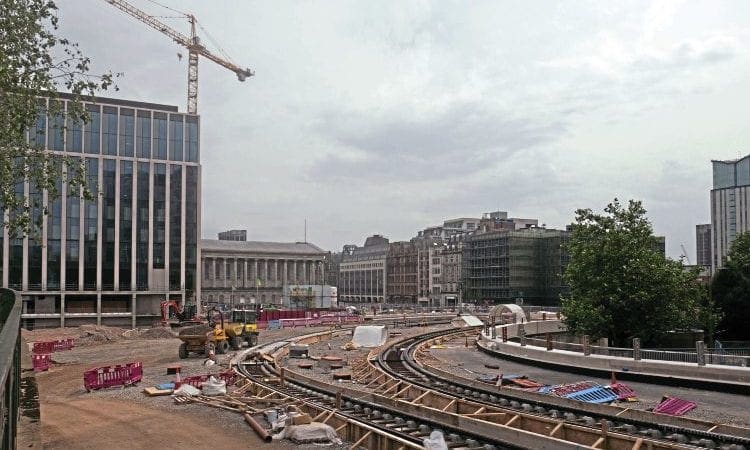 GOVERNMENT approval for the West Midlands Metro’s £137million Eastside extension to Digbeth, which would serve the proposed HS2 station at Curzon Street, is being delayed by uncertainty over the high-speed rail project.

The extended tramline, which would connect Curzon Street with New Street, Moor Street and
Snow Hill stations, may not now open until 2026 – therefore missing the planned opening in time for the city hosting the Commonwealth Games in 2022.

Construction in the Curzon Street area will be made more complicated by the worksite of the HS2 station.

Funding for the tramline is in place, but Transport for West Midlands is awaiting approval and powers to build from the Government.

It seems likely the line will now be built in two halves and connected in the middle once the HS2 station is built.