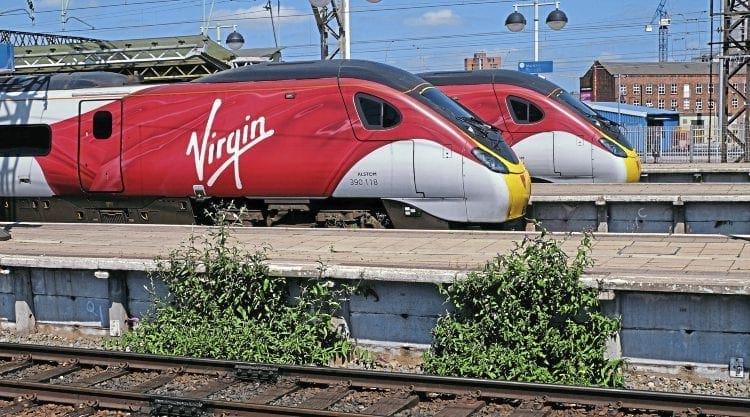 I AM constantly depressed by the lack of vegetation control on our national network, as highlighted in your Readers’ Platform this month (RM August).

On a recent visit to St Mary’s crossing near Stroud I was shocked by just how bad things have got.

Not only were there weeds growing between the track but small shrubs too. Clearly nothing has been done for several years, and the track resembled some long abandoned byway, apart from having shiny rails.

While I was there a van driver using the crossing enquired if the line was still used!

THE disgraceful state of the tracks at platforms 1 and 2 at London King’s Cross (RM August) are not alone in this respect.

The track approaches to Glasgow Central station were in full bloom with yellow ragwort earlier in the year, and photographs in several magazines in recent months have shown excess vegetation across many lines.

In guarded mitigation, with the forthcoming track alterations at King’s Cross and its immediate environs maybe it is regarded as unnecessary by Network Rail to do any ‘weeding’. Not that this absolves or excuses it appearing in the first place.

As for litter and debris-strewn linesides this is merely, sad to say, a reflection of our ‘throwaway’ society and general air of untidiness that prevails elsewhere.

Read more Letters, Opinion, News and Features in the September 2019 issue of The RM –on sale now!