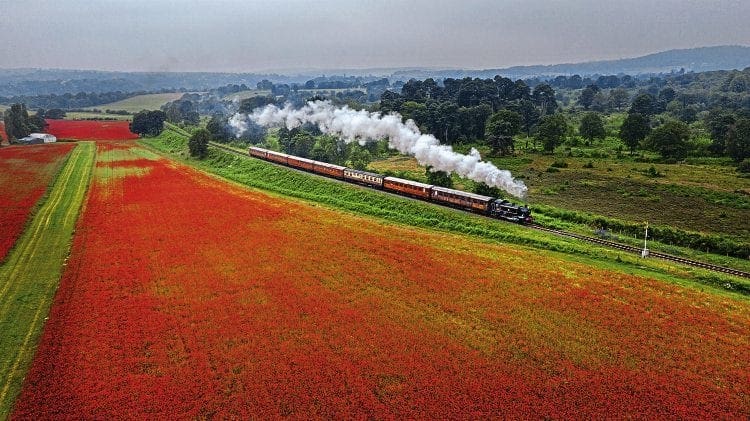 The availability and affordability of a ‘drone’ for the average person has brought a new dimension to all types of photography.

Until a few years ago the use of a drone was usually limited to military applications, but miniaturisation, coupled with portability, affordability and the fitment of a decent quality camera capable of still and video images has opened up a host of new options.

Drones are gradually becoming part of the armoury of railway photographers in an attempt to get ‘something different’.

Drones (also called quadcopters) are being used for an increasing number of applications – policing, surveillance, commercial, scientific, agricultural, as well as illegal activities – but the amount in civilian use vastly outnumber military versions.

To monitor and protect Britain’s rail infrastructure, Network Rail use drones for viaduct and bridge surveys as well as geological surveys.

Their use on the fragile cliffs at Dawlish and Teignmouth has allowed a far greater assessment of the problems needing to be tackled than using an expensive and intrusive helicopter.

Read more and view more images in the August 2019 issue of The Railway Magazine – on sale now!