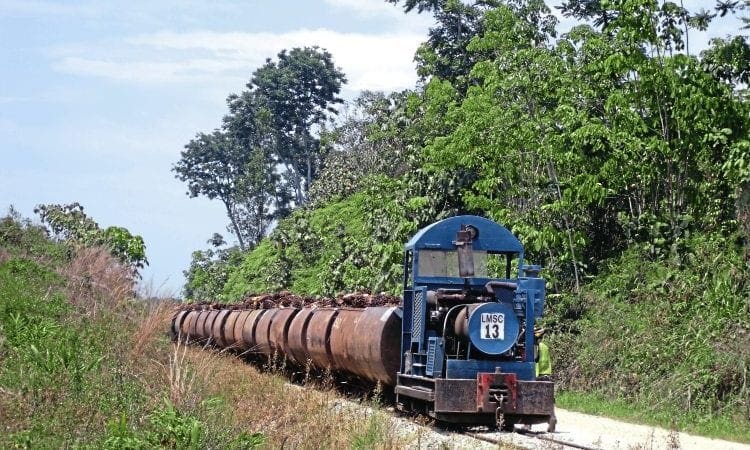 UP uses a fleet of 700mm-gauge modified Motor Rail Simplex locomotives, originally built in Bedford, which have had their original Dorman engines replaced by more powerful ones made by Deutz, Ford or Perkins.

Some retain their original mechanical gearbox, while in others this has been replaced by a hydrostatic transmission.

UP transports several thousand tonnes of fresh palm fruit bunches to their four oil extraction mills and associated refineries each day by rail.