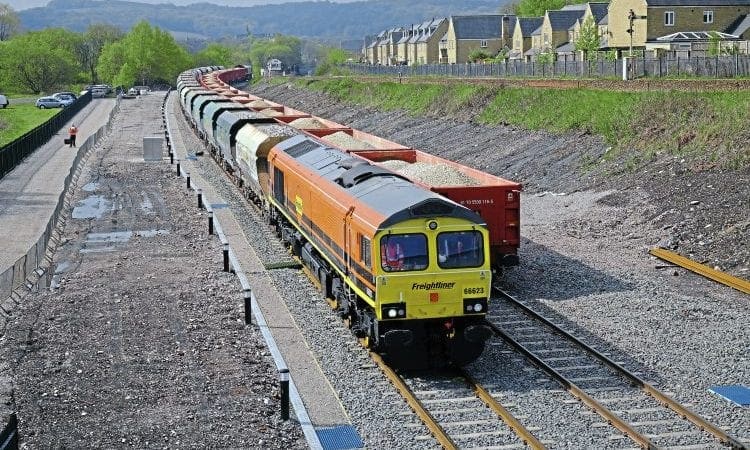 Hogshaw Lane Sidings in Buxton have been transformed by a £14million project to accommodate longer limestone trains from local quarries.

The two sidings, close to Buxton station, are on the site of the former London & North Western Railway (LNWR) engine shed, and are used by Freightliner and DB Cargo trains to and from the Hindlow branch.

They were previously limited to 18 wagons (1,750 tonnes) by the length of the old sidings, but will now be progressively increased to 26 wagons, carrying up to 2,500 tonnes. Each train will replace 76 heavy lorries.

The sidings have been extended by 430 metres into a former council tip, with contractors constructing a cutting through contaminated land in 50m sections over the last year.

They are used as a turnback facility for stone trains running to and from Hindlow and Dowlow via Peak Forest to the Hope Valley route, avoiding the busy and steeply graded line via Chapel-en-le-Frith.