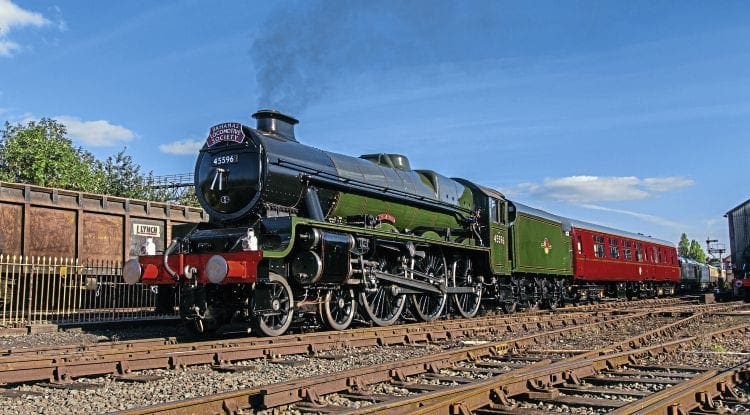 STANIER ‘Jubilee’ No. 45596 Bahamas will be returning to the Midlands this month as the star exhibit at the Tyseley Locomotive Works/Vintage Trains open weekend on June 22-23.

No. 45596 made its public debut at the Tyseley open weekend last September upon completion of its Heritage Lottery-funded overhaul, but since its main line trials and subsequent debut railtours it has been based at the Keighley & Worth Valley Railway.

The Bahamas Locomotive Trust locomotive is booked to haul a string of Vintage Trains charters throughout late June and July, and will therefore move back to the old 84E depot in time for the June event.

Also sharing the limelight will be the National Railway Museum’s replica of Robert Stephenson’s 0-2-2 Rocket, which will be giving rides to visitors in a replica of a Liverpool & Manchester Railway Third Class coach.