To mark the 70th anniversary of a publishing favourite, Nick Pigott looks back with nostalgia at what many of us found under the tree each year.

Christmas mornings in our house would have been exciting enough even without presents, but the thought of one special gift always set my pulse racing. 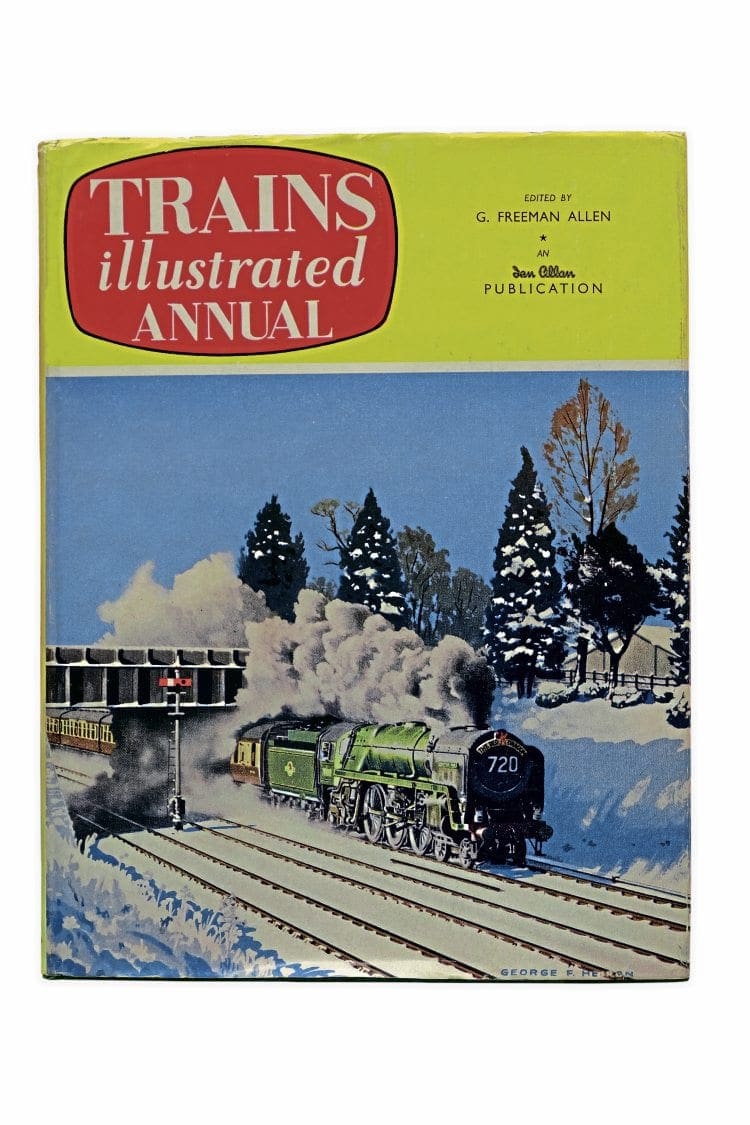 It first arrived as a surprise on December 25, 1959 and I vividly remember the thrill I felt when setting eyes on its magnificent cover – a splendid colour portrait of a ‘Castle’ storming Sapperton bank. The title of this most welcome intruder into my life was Locospotters’ Annual.

Until then, I’d only ever had softback train books bought to keep me quiet during wet afternoons and had been blissfully unaware that such things as hardback railway annuals even existed. However, from that moment onwards
I was hooked and resolved that all future Yuletide ‘wants’ lists would include a request for such a book.

This happy state of affairs continued for the next two years but, for Christmas 1962, my parents must have considered me ‘more grown up’, for out of the pillowcase dropped its older brother – Trains Annual.

Again, I can remember the cover as though it was yesterday, such a deep impression did it make on me. It was the famous Terence Cuneo painting of Clapham Junction with ‘Battle of Britain’ Pacific No. 34087 prominent.

Read more in December’s issue of The RM