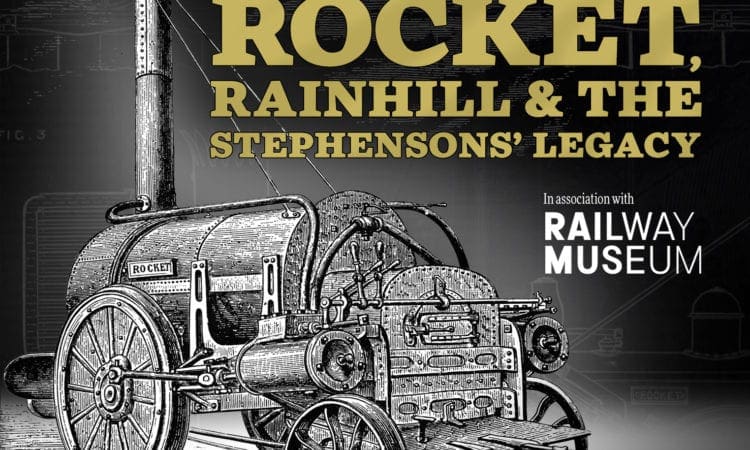 If you’ve ever wanted to take a peek inside the massive archives at the National Railway Museum and view some of the priceless artefacts, May’s edition of The Railway Magazine is not to be missed.

Never normally open to the public, the museum has opened the doors to its archives to help tell one of railways’ greatest stories, and an exclusive DVD with May’s magazine will tell readers all about the Rainhill Trials.

Readers will be treated to an exclusive behind-the-scenes journey as the magazine’s editorial team talks to experts from the museum and beyond to assess the significance of world-famous engineers George and Robert Stephenson and how they won trials, 190 years after their staging.

To mark the anniversary of the landmark event in 1829, The Railway Magazine’s editor Chris Milner and deputy editor Gary Boyd-Hope explore the legacy of the trials, the technologies of the competitors that took part, and the stories of the men who built them.

“Rainhill was important 190 years ago, but its true significance and legacy perhaps couldn’t have even been imagined at the time,” says Railway Magazine editor Chris Milner. “There’s a line of technological development which continues even today through the Bullet Train and HS2, and which can be traced back to that event.

“The National Railway Museum’s artefacts are vital in helping us tell the story, and although it has thousands of items on display every day, as we realised when delving into the archives, that’s only the tip of the iceberg, and there are thousands more stories which need to be told.”

From the original Rocket built by the Stephensons to Timothy Hackworth’s Sans Pareil, their journey takes them from Manchester’s Science & Industry Museum and the terminus of the Liverpool & Manchester Railway, to the National Railway Museum in York by way of Locomotion in Shildon and Rainhill itself – now a largely anonymous village near St Helens, but a name which resonates throughout history as being the staging point for an event which shaped industrial development.

On the way they discover more about George and Robert Stephenson and the development of Rocket from early railways historian Dr Michael Bailey, learn of Hackworth’s engineering achievements from the NRM’s Anthony Coulls, and examine some of the museum’s Rainhill-related archive treasures with head curator Andrew McLean.

Filmed in March 2019, this unique programme has been specially produced for the readers of The Railway Magazine. To order a copy of the May issue, on sale May 1, please visit www.classicmagazines.co.uk/trmmay19