The 0-6-0DH was used by the National Coal Board (NCB) following withdrawal by BR, and saw use at several collieries in the North East in the 1970s/early-’80s. 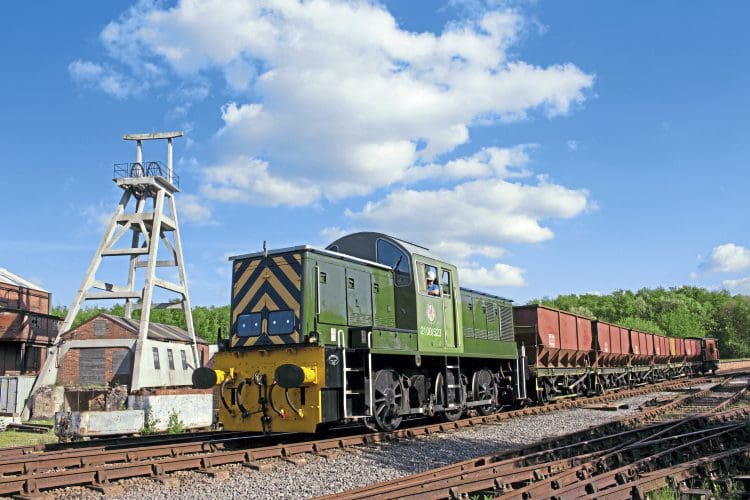 The nickname ‘Ernest’ was bestowed during restoration, which was dragging on until it was decided the job ‘really must be got on with’.

An East Midlands Railway Photographic Society (EMRPS) charter put the loco back into a familiar setting at Foxfield Colliery on May 13.

NCB livery was dark blue, but it is now restored in original BR green, and for the occasion took up its old industrial number, 2100/523. Picture: STUART CHAPMAN

Read more News and Features in the June issue of The RM – on sale now!