The two vehicles are part of the six HST power cars and 18 trailer cars recently taken on by EMT, which were previously operated by Grand Central. 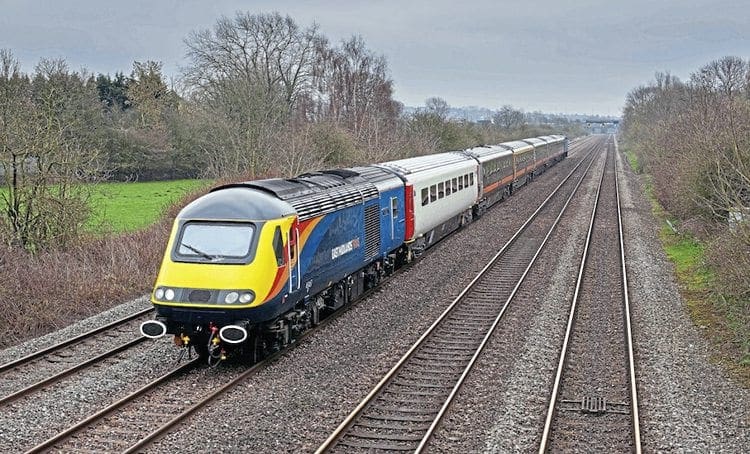 Starting and ending at Etches Park, the set ran north to Chesterfield, then via the Erewash Valley to Nottingham before running south through Leicester to Kettering, and back to Derby via Oakham, Melton Mowbray and Chesterfield.

Stops were made at several stations, with this understood to be in connection with the diversions that will stem from the Derby resignalling project, running from July 22 to October 7. STEVE DONALD