THE first completed TransPennine Express Mk5 set with a passenger driving trailer has arrived at Velim, Czech Republic for testing with two Class 68 locos that have arrived from the UK (see p98).

The smart-looking five-carriage set was built in Spain and shipped to Bremerhaven, Germany. It is seen passing Königstein, Germany, close to the Czech border on March 11. 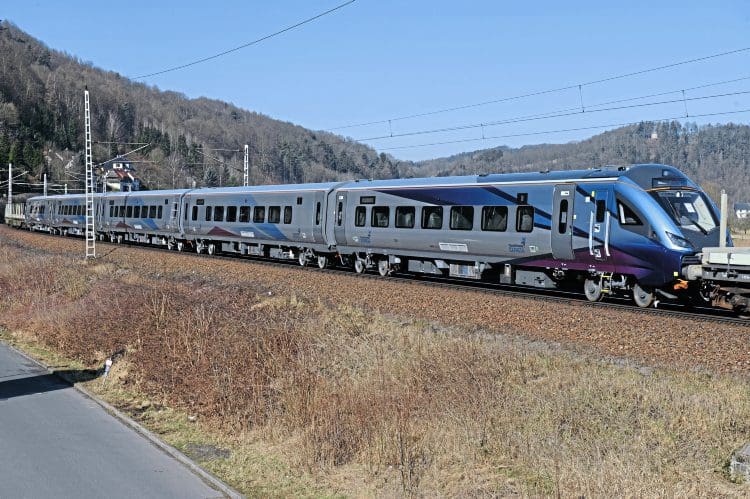 Haulage was provided by Railadventure, using locomotive No. 111.215.

A longer report about the new sets, which will be called ‘Nova 3’, will appear in the
May-dated issue.
Picture: QUINTUS VOSMAN