CREWE Heritage Centre commemorated the 70th anniversary of railway nationalisation (January 1, 1948) with an event on January 13. 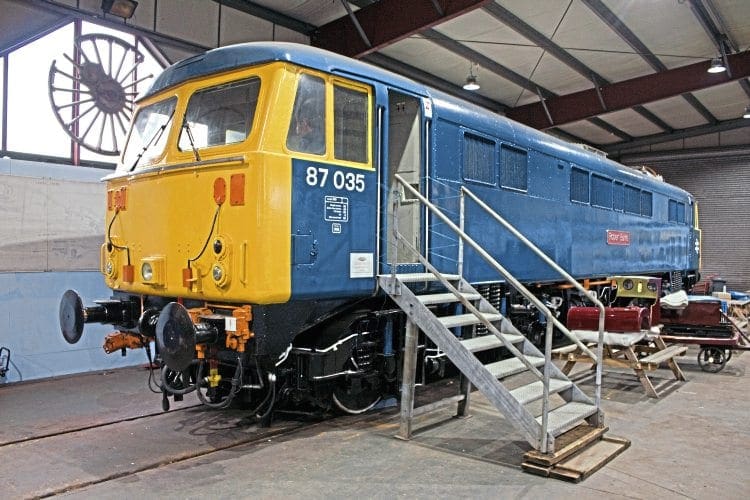 Class 87 AC electric loco No. 87035 Robert Burns was completed at Crewe Works in 1974 for use on the West Coast Main Line, and has been preserved at Crewe since September 2005.

It was repainted back into BR blue last year and is on display in the main exhibition hall, all of which is now available for use by the heritage centre following departure of the engineering workshop. Picture: STUART CHAPMAN