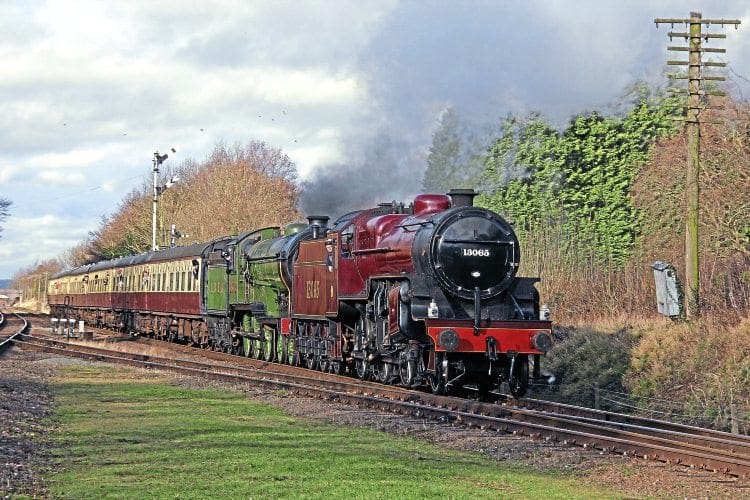 LNER-liveried ‘B12’ No. 8572 from the North Norfolk Railway joined East Lancashire Railway-based LMS ‘Crab’ 2-6-0 No. 13065 for the successful three-day event, which also saw several members of the resident steam fleet in action on a variety of passenger, mineral, freight and van trains.

The two visiting engines are seen arriving at Quorn with a double-headed service from Loughborough on January 28. GRAHAM LIGHTFOOT