THE North Yorkshire Moors Railway has launched a new appeal to raise £2.5million over the next five years, which in turn will help provide the railway with a long-term sustainable future.

The Yorkshire’s Magnificent Journey (YMJ) appeal went ‘live’ with the autumn edition of the NYMR’s society journal Moors Line at the end of October, featuring a special supplement guest edited by The RM’s deputy editor.

It is part of an ambitious £9.2m project to develop, repair and safeguard the railway and its infrastructure through a portfolio of projects that reach out to all facets of the line’s operation.

In August the NYMR announced it had achieved a stage one pass from the Heritage Lottery Fund (HLF), which if progressed to stage two has the potential to release £4.6m in grant aid, but only if the railway can match that figure through its own means. 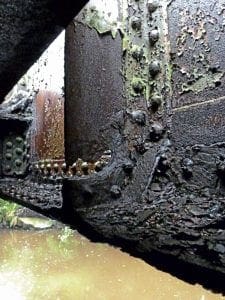 Already the NYMR has received legacies worth more than £1m, and the hope is they can raise £2.5m of the £4.6m match funding requirement from other funding agencies, and from the NYMR’s year-on-year funding by dedicating some of the capital reinvestment budget over the next few years. The new appeal sets out to meet the remaining £2.5m target.

Read more in December’s issue of The RM – on sale now!