THE Lincolnshire Wolds Railway saw just one loco in operation – Class 08 No. D3167 – on its September 24 diesel day.

Steam loco Spitfire was in light steam on ‘Thunderbird’ duty but was not needed.

The van and three-coach train is seen at North Thoresby station. 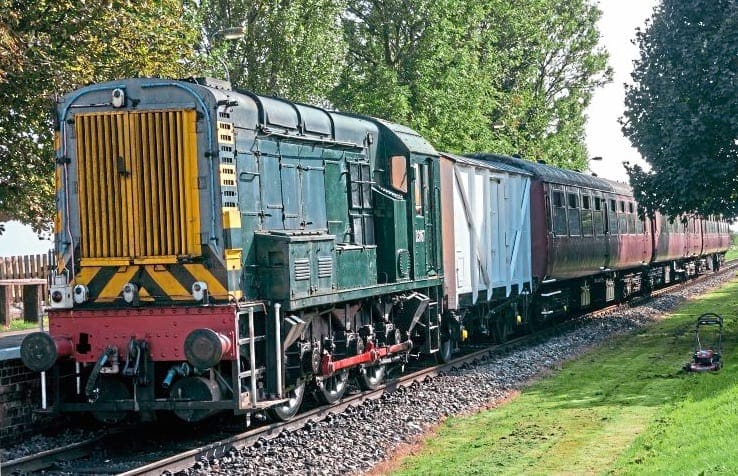 At the rear of the train is Mk2 coach No. M5161, which serves as a driving brake vehicle, but in fact there is just control of the whistle and vacuum brake, with a bar stool for the ‘driver’ to sit on.

Following withdrawal it was acquired by the City of Lincoln Council in March 1988 and displayed on a plinth outside Lincoln Central station.

It moved to the LWR in May 1994 and was restored to working order. Picture: DAFYDD WHYLES

Read more News and Features in November’s issue of The RM – on sale now!