It was the first time the two numerically sequenced ‘Mickey Mouse’ tanks had met in preservation, and likely the last for some time before No. 41313 moves to its Isle of Wight Steam Railway home. 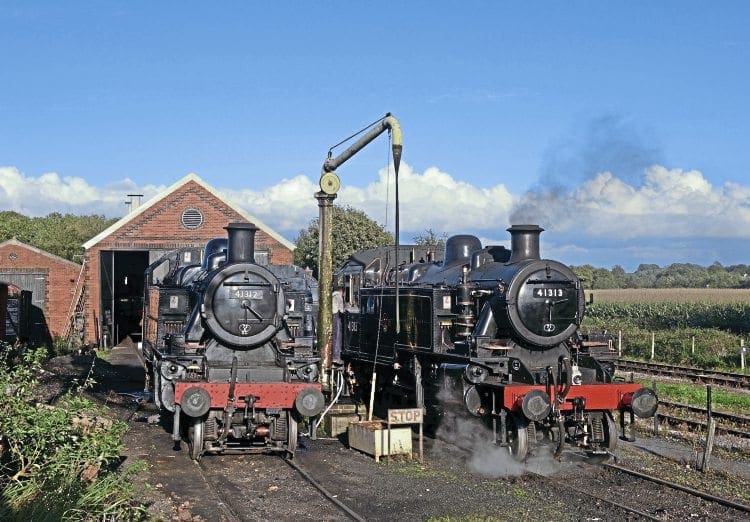 No. 41312 dropped into Somerset on its way back from its starring appearance at the Pontypool & Blaenavon Railway, where it shared services with Gloucestershire-Warwickshire Railway-based ‘42XX’ 2-8-0T No. 4270.

Here, the Ivatt twins are pictured at Cranmore during a 30742 Charters event. ALISTAIR GRIEVE

Read more News and Features in the October issue of The RM – on sale now!