FOLLOWING the first visit of a Hitachi Class 800 IET (Intercity Express Train) to Dunbar on August 16 (RM Sept, p83), set Nos 800001 and 800002 became the first to venture to Edinburgh Waverley on September 7, working from Doncaster. 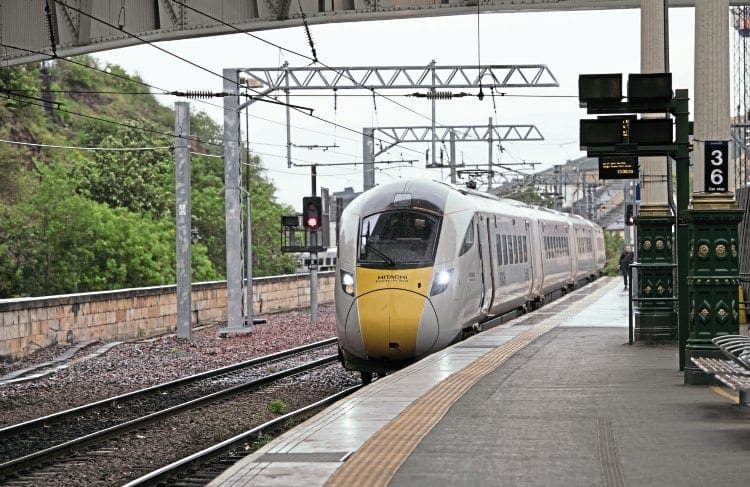 The appearance in the Scottish capital is part of the ongoing testing programme ahead of the introduction of 65 IETs on the East Coast that will replace the HST fleet and the majority of Class 91 and Mk4s from next year.

Class 800s on test are becoming common on the ECML, working between the Hitachi factory at Newton Aycliffe, and maintainence depots at Doncaster and North Pole.
Picture: HITACHI RAIL EUROPE

Read more News and Features in the October issue of RM – on sale now!