TWO Class 707 EMU sets were released for public service on the penultimate weekday of the SWT franchise.

The development comes more than eight months after the first ‘707’ for South West Trains arrived in the UK. 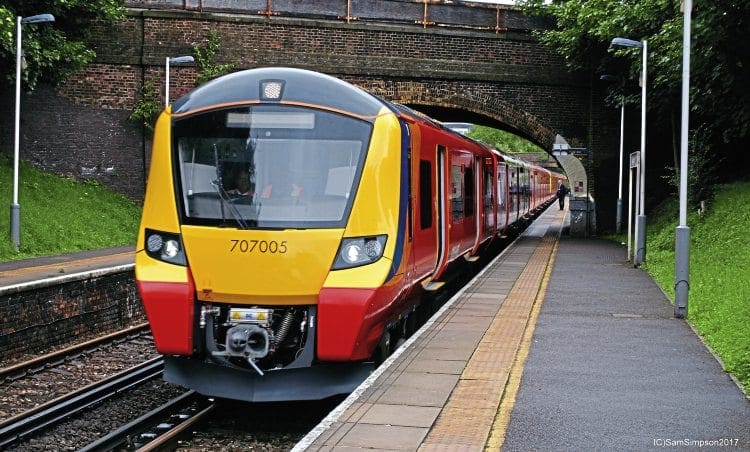 Of the 30 five-car sets ordered (RM August), 10 are in the UK, based at Wimbledon, where they have been going through the process of driver training and commissioning.

The remaining sets are believed to be in store in Germany.

On August 17 – without prior notice after two sets had been accepted the previous day – Nos. 707003 and 707005 worked the 09.28 Brentford- Reading as well as a number of additional Staines to Reading shuttle workings.

First Group/MTR took over the franchise on August 20, rebranding it South Western Railway.

It remains to be seen whether and how long the Class 707s remain in use, as the new franchisee has ordered 750 new vehicles from Bombardier Derby that use the ‘Aventra’ platform, and will come into service from 2019. Picture: SAM SIMPSON

Read more News and Features in September’s issue of The RM – on sale now!