The 16.06 Loughborough High Level-Ruddington (1D16) – the return working of 1A13, the 15.15 departure from Ruddington – was captured crossing Stanford-on-Soar Viaduct on Sunday afternoon. 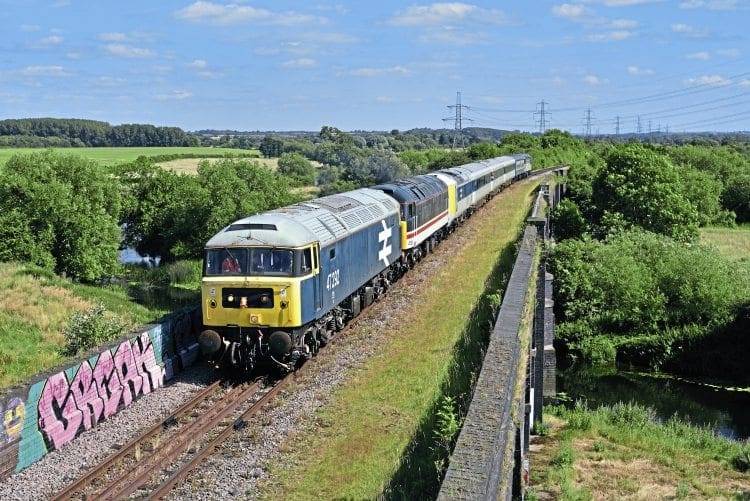 The two Brush Type 4s (pictured using a pole) were working in multiple, believed to have been a ‘first’ in preservation. Picture: JASON CROSS