FORMER BR Class 77 (EM2) Co-Co 1,500V DC loco NS No. 1505 Ariadne was pulled out from its usual resting place in the Power Hall at the Manchester Museum of Science & Industry (MOSI) for a photo-shoot on July 2. 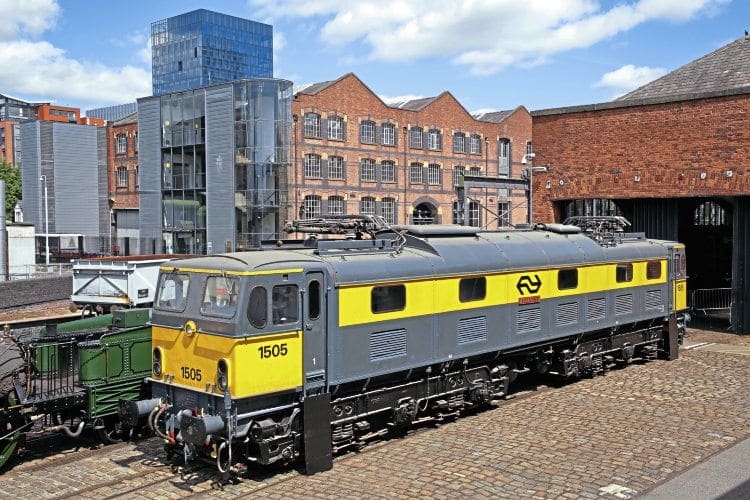 It is many years since this loco has been outside.

A total of seven EM2s were built at Gorton Works for use on passenger trains on the Manchester to Sheffield ‘Woodhead Route’ in 1953/54. Following closure of passenger services, the locos were sold in 1969 for further use by Netherlands Railways (NS).