The three- and four-car sets are being manufactured in the North East by local staff using many locally sourced components, with the painted bodyshells being imported. 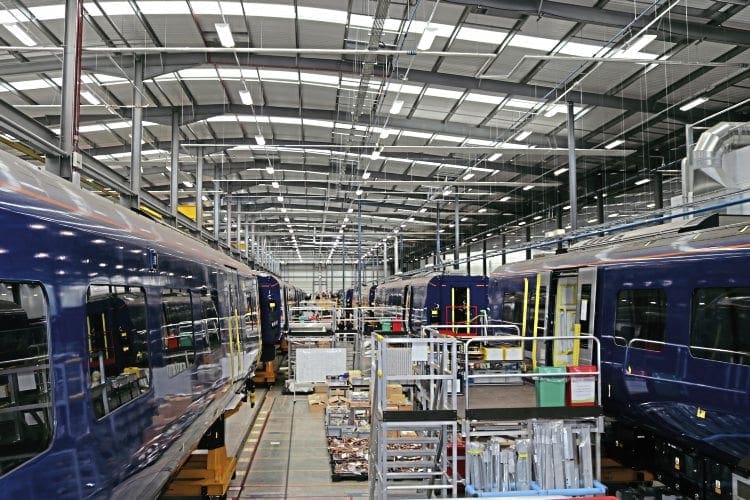 Hitachi has confirmed that assembly of the sets is now in full flow.

Alongside the Class 385s, Hitachi is also producing both five- and nine-car Class 800 trains for GWR and Virgin East Coast, with a Class 800 rolling off the production line almost on a weekly basis.