FUEL oil traffic returned to the West Highland Line (WHL) on July 2, but only on a trial basis.

However, the train brought a Class 56 to Fort William for the first time in the type’s 40-year career. 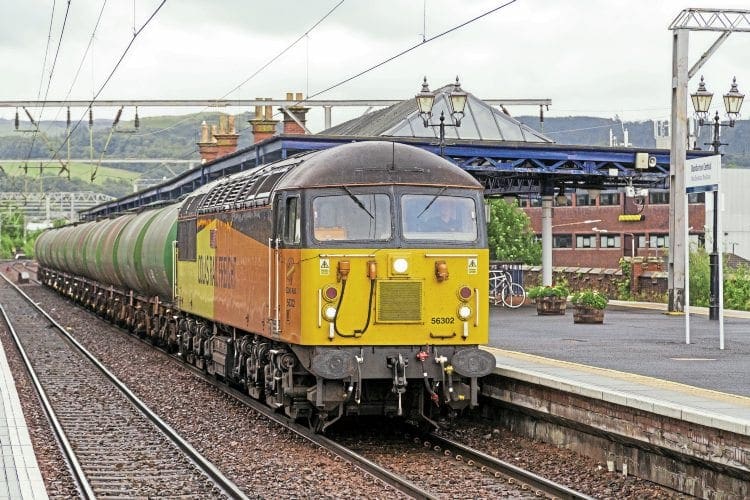 Colas Railfreight provided traction for the trial run, which took No. 56302 PECO The Railway Modeller 70 Years and an 800-tonne train of TTA two-axle tank wagons from the Ineos refinery at Grangemouth to Fort William Junction Yard oil terminal.

The ‘56’ and empty tanks returned south the following day.

The train is thought to be part of a three-month trial, to assess the viability of bringing fuel oil traffic back to the WHL after its switch from DB Cargo to road haulage at the end of March.