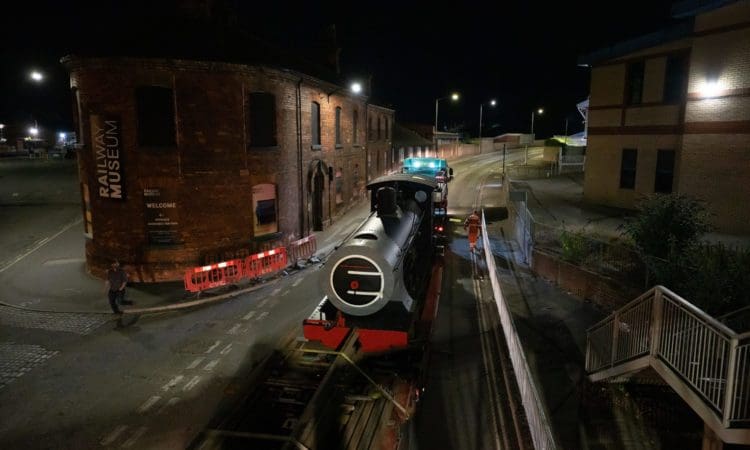 Cape Government Railways locomotive no.390 arrived at the National Railway Museum, following a journey by road from where it was previously displayed in Locomotion in Shildon.

It was moved by specialist contractors Allelys Heavy Haulage at night to avoid disruption, as it involved the temporary closure of the Leeman Road tunnel.

The rail move is the latest in a series of others to have taken place as the museum prepares for its Vision 2025 masterplan.

Other rail moves saw the arrival of the Beattie Well Tank from Shildon and the redisplay of the Skinkansen and Eurostar power cars.