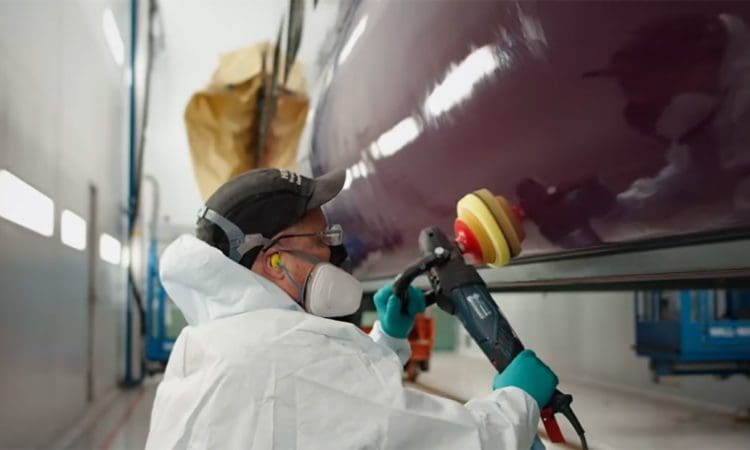 East Midlands Railway (EMR) has released a documentary which showcases the ongoing project to build its new Aurora Intercity Fleet, highlighting some of the challenges – but also benefits – of such a complex project.

Going behind the scenes at Hitachi Rail’s factory at Newton Aycliffe, the film producers show how its new Intercity fleet off 33 five-carriage trains are being built; featuring interviews with Hitachi engineers as they discuss the process of welding, assembling and painting the Class 810 units.

Staff also discuss the prestigious project and what it means to them; while employees from EMR talk through how the business is preparing to operate the new trains. Preparations include the multi-million new investment at Derby’s Etches Park train depot – the eventual home for the Auroras.

Rachel Turner, Head of New Trains at East Midlands Railway, said: “We hope our customers enjoy watching this documentary which clearly highlights the passion, expertise and commitment of the people involved in bringing our new fleet of trains to our region.”

Amy Webb, Head of EMR Programme at Hitachi Rail said: “This behind-the-scenes documentary unveils the effort and collaboration required to manufacture brand new trains for EMR passengers. It’s also fantastic that the factory team gets the chance to show the talent and heart that goes into Hitachi’s British built trains.

The Aurora fleet will offer significant advances on the existing fleet, with passengers benefiting from more seats and modern interiors.

The trains will also include features that passengers have said they want to see, including air conditioning, free WiFi throughout, plug sockets and better passenger information screens.

Watch the video to find out how EMR’s new fleet is taking shape.