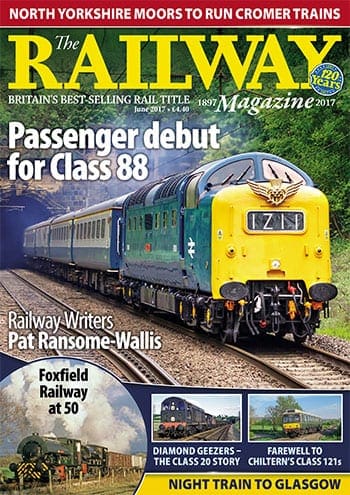 News from the train- and freight-operating companies.

Subscribe today to receive your monthly copies of
The Railway Magazine from only £20 per year.

Details of when heritage railways and centres are open.

Railway society meetings near you – all the details.

122 Prize Crossword and Where Is It?

COVER: Bringing back strong memories of the 1970s, BR blue D9009 Alycidon roars out of Welwyn North tunnel heading for King’s Cross with the ‘Hull & Leeds Executive’ railtour on May 6. ALISDAIR ANDERSON

INSET 1: Celebrating 50 years of industrial magic at the Foxfield Railway.