CONSTRUCTION work to modify the former Waterloo International for domestic suburban trains is well underway, as this view shows. 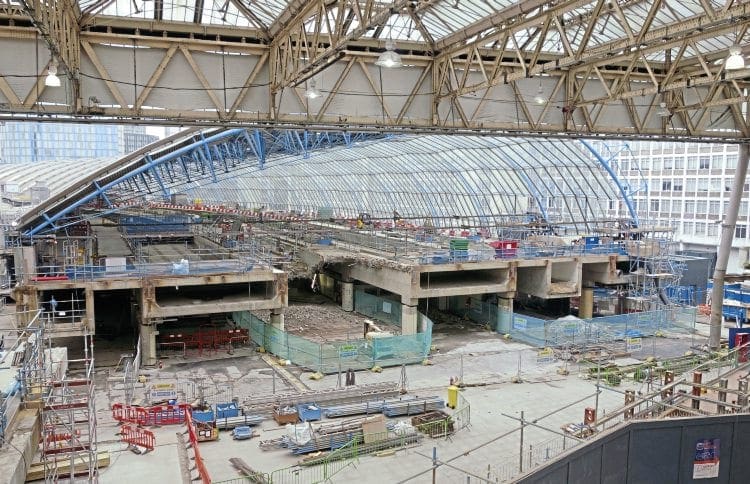 The former Eurostar concourse has been demolished and around 50ft of the concrete platform deck has been cut away to accommodate an elevated walkway connecting the new platforms to the station.

Between 1994 and 2007, the platforms were London’s international station for trains to Paris and Brussels, until the completion of High Speed 1 and St Pancras International.

Partial reopening of three platforms for South West Trains (SWT) services in 2014-16 was followed by closure for rebuilding last year to allow an £800million remodelling of the five platforms to increase station capacity from July.

The extra platforms will eventually accommodate an additional 18 trains each hour. However, the opening of platforms 20-24 will initially help SWT cope with the closure of platforms 1-8 for a 24-day rebuilding blockade in July, after which they will close again temporarily to allow completion of the conversion.

All 24 platforms should be available to SWT from December 2018. Photo: Chris Milner