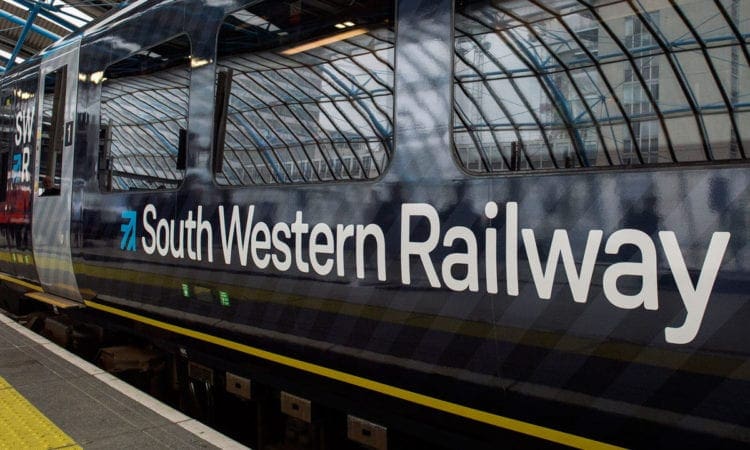 Commuters are being warned to expect delays as workers on South Western Railway begin a 27-day strike.

Members of the Rail, Maritime and Transport union will walk out for 27 days between today and New Year’s Day, threatening travel chaos for commuters and Christmas shoppers.

Passengers have been warned that only around half of services will run, including those to and from London Waterloo, the country’s busiest railway station.

Services will be cancelled, replaced by buses or finish earlier than normal, and trains that do run are expected to be busier than normal.

Monday’s disruption was worsened by a track circuit failure which hit services between Reading and Ascot, meaning fewer trains were able to run on all lines. The problem was expected to hit services until midday.

Talks between the two sides collapsed last week, with the union and company blaming each other for the failure to reach a deal.

RMT general secretary Mick Cash said: “RMT is angry and frustrated that a set of proposals that would have guaranteed the safety-critical role of the guard at the point of despatch, and which would have cost the company absolutely nothing, have been kicked back in our faces.

“There is no rational explanation for the company position and we can only assume that either they or their paymasters in Government want this strike action to go ahead for politically motivated purposes.

“The union also believes that cutting the guard out of the despatch process reduces the second person on the train to little more than a passenger in the longer term, which would give the company the option of axing them all together at some point down the line. Both the union and the travelling public are being set up and that stinks.

“Our action goes ahead from Monday in defence of passenger safety and accessibility and the blame for that lies wholly with SWR and their wrecking strategy. The union remains available for talks and we have a deal to solve this dispute which is cost-free for SWR worked up and ready to go.

“The company should grab it with both hands and avoid the disruption to services their actions will unleash.”

An SWR spokesman said: “We have done everything we can and more to meet the RMT’s outdated demands with our promise of a guard on every train, and a safety-critical role for that guard.

“What we are not prepared to compromise on is the much-needed modernisation of the service with improved performance, safety and customer service that our new fleet of modern suburban trains will vitally deliver for customers.

“We know our passengers will welcome over 10 million more passenger journeys a year arriving on time and this much-needed improvement to our service is too important to compromise.

“Throughout negotiations we have tried repeatedly to find ways meet the RMT’s aspirations. However, every time we find a way forward on one point, the union has moved the goalposts by changing its position.

“They said at the outset this was about keeping the guard on the train – that is exactly what we have offered.

“They said they wanted a safety-critical role for that guard – that is what we have offered.

“Unfortunately it is clear to us that the RMT is unclear on what this dispute is about and intent on striking no matter what.

“We know the impact these RMT strikes will have on our passengers and we want to be clear that we have done everything we can to try and avert the strikes and meet RMT’s antiquated and changing demands.”

Strike about “protecting safety and accessibility”

Sean McKee, director of policy and public affairs for London Chamber of Commerce, said: “With peak services under increased pressure due to so many cancellations, and long queues expected at busy stations, it’s sadly inevitable that this cynically long strike will have an impact on commuting workers and businesses during peak commuting times.

“With trains due to finish earlier, it will also impact shift work and the night-time economy – key to the festive economy.”

Mr Cash said the start of the strikes was being “solidly supported”, with picket lines mounted outside stations across the SWR network.

He added: “This strike is solely about protecting safety and accessibility on SWR trains. The stakes could not be higher.

“Instead of spending a fortune mobilising an army of under-trained and potentially dangerous contingency guards, the company should be back round the table with the union concentrating on reaching the negotiated settlement that is easily within grasp, which they committed to verbally in earlier talks and which would cost SWR nothing.”

RMT general secretary Mick Cash said in November: “Our members have been left with no choice but to call a further 27 days of strike action on South Western Railway.

“At the last meeting we held with SWR, principles in agreements were made in good faith with the company’s negotiating team and we now feel hugely let down again.

“As long as the company continues to refuse to give assurances on the future operational role of the guard, we will remain in dispute.

“I want to congratulate our members on their continued resolve in their fight for safety and the role of the guard on SWR.

“It is wholly down to the management side that the core issue of the safety critical competencies and the role of the guard has not been agreed.”

South Western Railway workers previously held a four-day walkout in August over the dispute over guards on trains, hitting services on some of the busiest routes in the country.