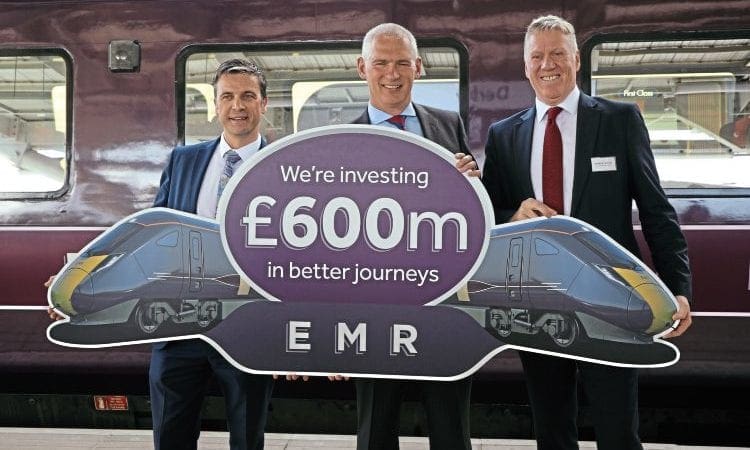 EMT had run services since November 2007

Abellio formally launched the franchise and new brand in Derby the following day, unveiling reliveried ‘Meridian’ set No. 222104 in a purple livery with EMR Intercity branding.

Managing director Julian Edwards said Abellio would build on the EMR brand, and was planning £600million of improvements over the eight years of the franchise. In short, he said there would be more seats, more trains and more often.

Improvements include free wi-fi, £20m on all 102 stations, 1,000 cycle spaces, £4m investment in community rail, more late-evening and Sunday trains, and introduction of a delay repay scheme effective at 15 minutes later. There will be an alliance with Network Rail, and the company will keep its HQ in Derby. The franchise term is for eight years.